The Home Office has announced that it is setting up a new Scientific Advisory Committee to provide advice on ways to check how old an asylum seeker is. To say there are concerns to be had about this is underselling it spectacularly.

First off, the need for such assessments is being based on somewhat specious arguments. The current “Merton Compliant Age Assessments” are fairly subjective, and can fail to take such things as cultural differences into account, leading to children being wrongly classed as adults. 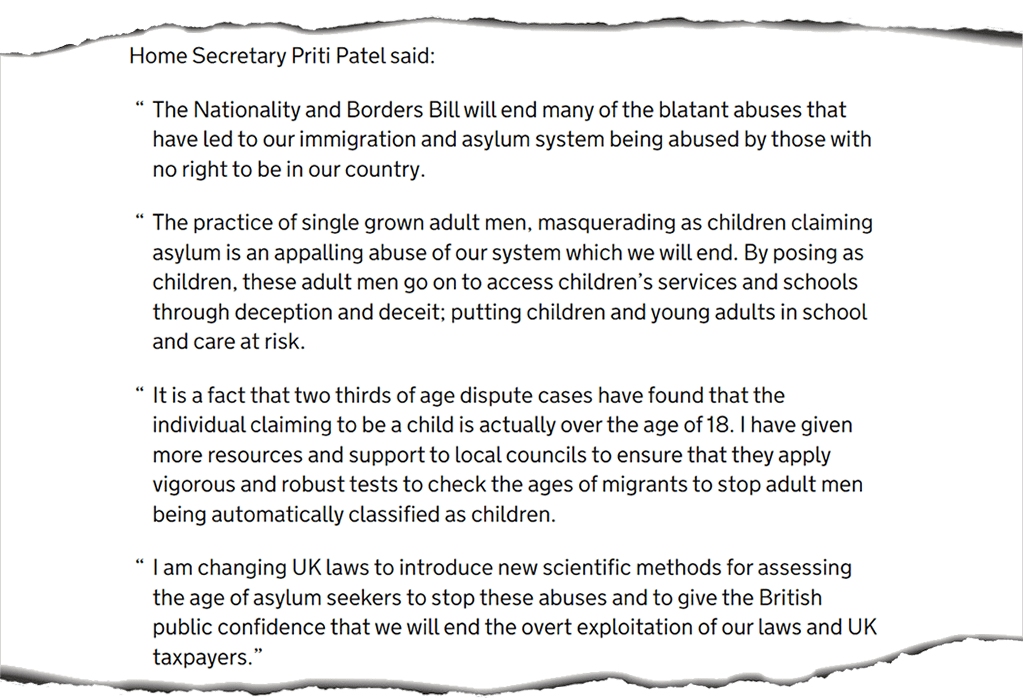 
This has led to age disputes resulting in children being miscategorised as adults, with mistakes being hard and protracted to rectify. This has in the past led to children who have been mis-aged being attacked and abused after being treated as adults.

The length of time it may take to overturn an incorrect age dispute may also mean that by the time it has been the child has turned 18, and is therefore treated as an adult despite having arrived in the UK as a child. This can have tragic consequences.

Get the UK FRONT PAGES in your inbox every day.

So, purely basing it on the initial number of age disputed claims which see asylum seekers classed as adults is a fundamentally flawed basis from which to start as it is. What about the issues with “scientific age assessments” themselves though?

It is worth noting that there is nothing new about this. Back in 2007, they were floated and the same concerns existed then. They are only accurate within +/- 2 years, particularly for racial groups which have no official data on size and age held on them.

This isn’t some theoretical issue either. Things such as x-rays and dental tests are used by other countries and have allowed for extensive analysis into their failings and the risks which they create towards child safety.

A number of EU countries already use these methods, yet in 2013 the European Asylum Support Office’s report found that despite the widespread use of scientific age assessments, there was “no method which could identify the exact age of the individual.”

Not only do these tests pose a direct risk to children though, but they also pose wider risks to society. By failing in its duty towards children, the Home Office risks undermining its own ability to tackle crimes against them, including trafficking.

Furthermore, by allowing the Home Office to force local authorities into conducting these age assessments it undermines the existing child protection frameworks which are guaranteed by law in the UK.

The way in which the current proposals appear set out would almost certainly violate the legal and ethical principle of “informed consent”, by making the age assessment nigh on compulsory for a child to be recognised as such.

Then there is the increased risk of trauma which the tests themselves create on already potentially traumatised children. By forcing children to take them the Home Office risks exacerbating mental health distress and denying children access to support.

In addition, there are potential physical issues. In written evidence for the Borders Bill, the British Dental Association (BDA) warned that not only were dental x-rays unreliable but that they also exposed “children to radiation when there is no medical benefit is simply wrong.”

Basing the use of flawed – and dangerous – “scientific age assessments” on disingenuous arguments places children at risk, undermines the child protection framework and poses a benefit to the very gangs the Borders Bill is meant to tackle. They simply cannot be allowed.

Why transmission among the triple-vaxxed shouldn’t alarm you.