‘All the world’s somewhat corrupt and men and women merely players.’

The worry of Transparency International’s new Corruption Perception Index is that so much of the world scores so poorly.

Down the bottom of the list are the three S’s — South Sudan, Syria, and Somalia — and nearest the top are the “cleanest” — Denmark, Finland, and New Zealand. 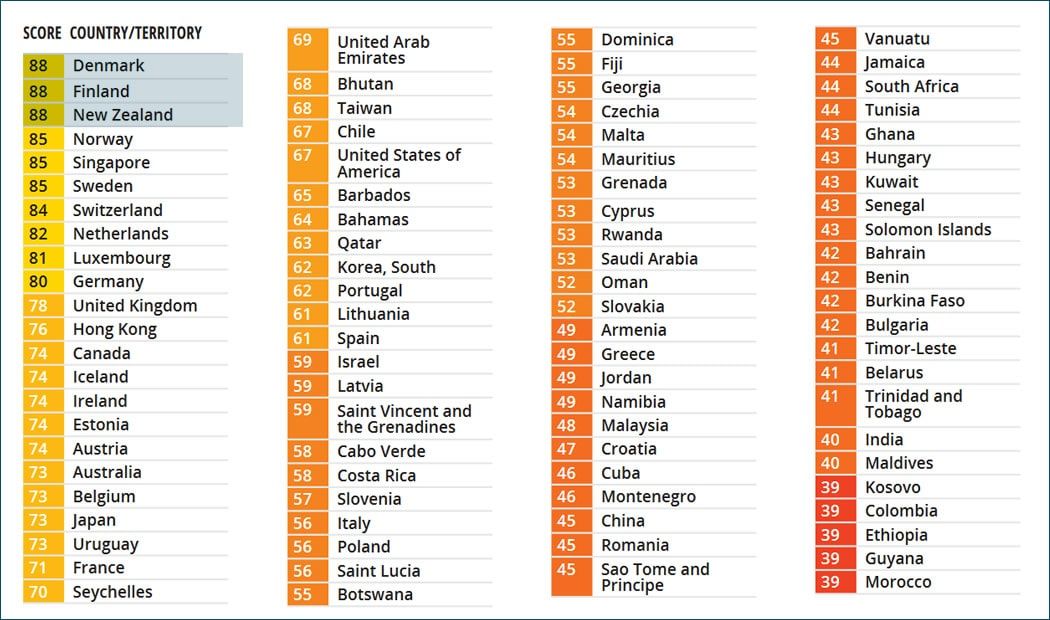 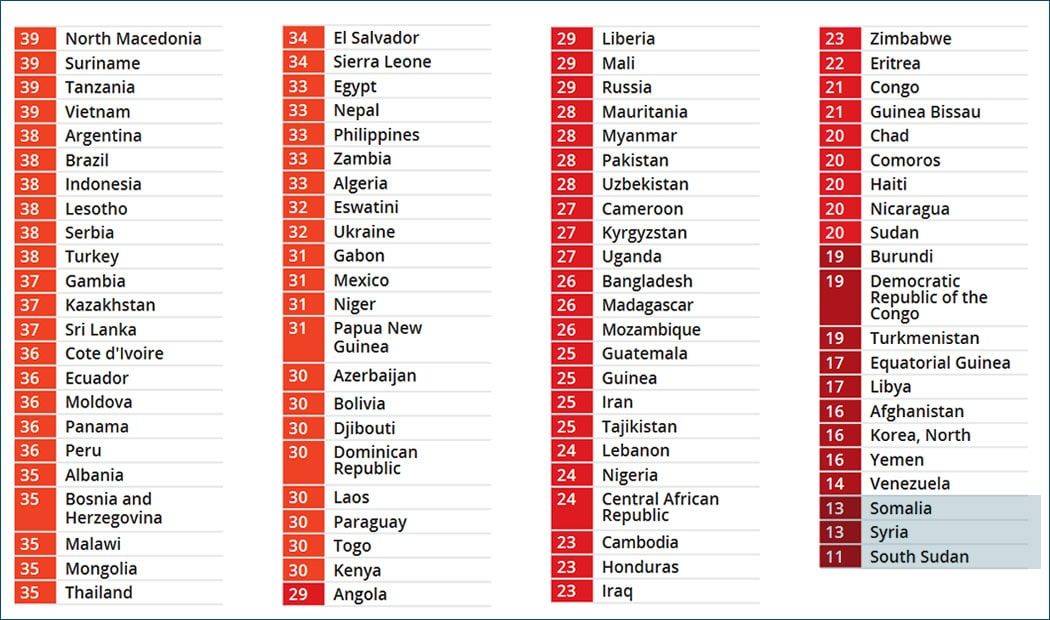 Sadly, few would be greatly surprised by either end of the list, though someone did point out a new distinguishing feature of the three top-scorers: all are led by women.

Be that as it may, our attention should be focussed on the middle of the Index, with nearly 70 per cent of the planet scoring less than 50 per cent. That is astonishing and dispiriting, in equal parts.

Also, the fact that for the first time, America is no longer on the list of the world’s 25 least corrupt countries.

Belarus, the Philippines and Nicaragua are ranked lower than in 2020, a doleful downward slide that pundits ascribe to governments’ impunity in muzzling the press and cracking down on civil liberties, supposedly to deal with the pandemic.

Recent political developments in the ‘A’ list of improving countries — Armenia and Angola — also suggest this is not the moment for complacency.

To which it’s perfectly possible to retort: when was it ever?

The new Index prompts a reworking of Jaques’ realism in ‘As you like it’:

“All the world’s somewhat corrupt

And all the men and women merely players;

They have their exits and their entrances;

And one man in his time plays many parts,

At least some of them corrupt.”