How warfare language is being used to demonise asylum seekers.

The use of state-authorised force against asylum seekers is well documented – but they also use the language of warfare to deny them rights.

I am not a big fan of using the language of warfare in the context of asylum seekers. Too many people, particularly in the context of this thread, do that already, however, there is effectively a “hybrid war” being carried out against vulnerable people seeking safety.

“Hybrid war”, as a term, simplistically “entails an interplay or fusion of conventional as well as unconventional instruments of power and tools of subversion.”

Let’s use the term “hybrid attack” in this context to defuse some of the language.

The use of state-authorised force against asylum seekers is well documented.

The UK at the moment, for example, is talking about deploying the navy to “combat channel crossings”, but it is seen in many other ways.

Frontex operations for the EU, Border Force in the UK, ICE in America, etc etc etc.

There is, to greater and lesser extents, the use of “conventional” state-authorised force against asylum seekers, which can lead to loss of life, for example “pushback”.

Then you have the less obvious “disinformation” attacks.

I am using the UK here because this is where I live, but you see the same tactics used across the world, predominately by more developed nations.

The UK Home Secretary Priti Patel, for example, was recently criticised by the courts for misleading the public by using the term “illegal migrants” to describe those crossing the channel, due to 98% seeking asylum and the majority of those receiving it.

It isn’t an isolated incidence, previously she has claimed that 70% of those crossing the channel are “economic migrants”, another term specifically chosen to undermine asylum seekers and generate hostility against them, despite it being untrue.

These claims are easily disproven, as the figure of 70% is actually closer to the number of people granted asylum, either on first application or appeal than those refused, but they have been repeated enough that they start to be taken as fact.

Even the use of the term “first safe country” has become a common phrase and repeated enough that people believe it, yet international law is clear that the opposite is true. Refugees are not obliged to seek asylum in any particular country.

Terms such as “threat” and “crisis” are repeatedly used in official government communications when talking about asylum seekers in an attempt to make people see them as “something” dangerous, rather than “someone” seeking safety.

Presentation of asylum seekers as a “danger” is particularly prevalent in conflation of refugees with national security and terrorism, despite studies in multiple countries demonstrating that they are among the least likely of groups to be terrorists.

All of these narratives have been further embedded through the way in which various news outlets report on those seeking asylum. The use of the press is an essential factor in how successful or not state’s approaches to demonise asylum seekers are.

You get the idea.

The principle is to embed the idea that asylum seekers aren’t “genuine” and in doing so turn public opinion against them. It is an important attack line because the majority of the public supports those fleeing persecution being granted safety. 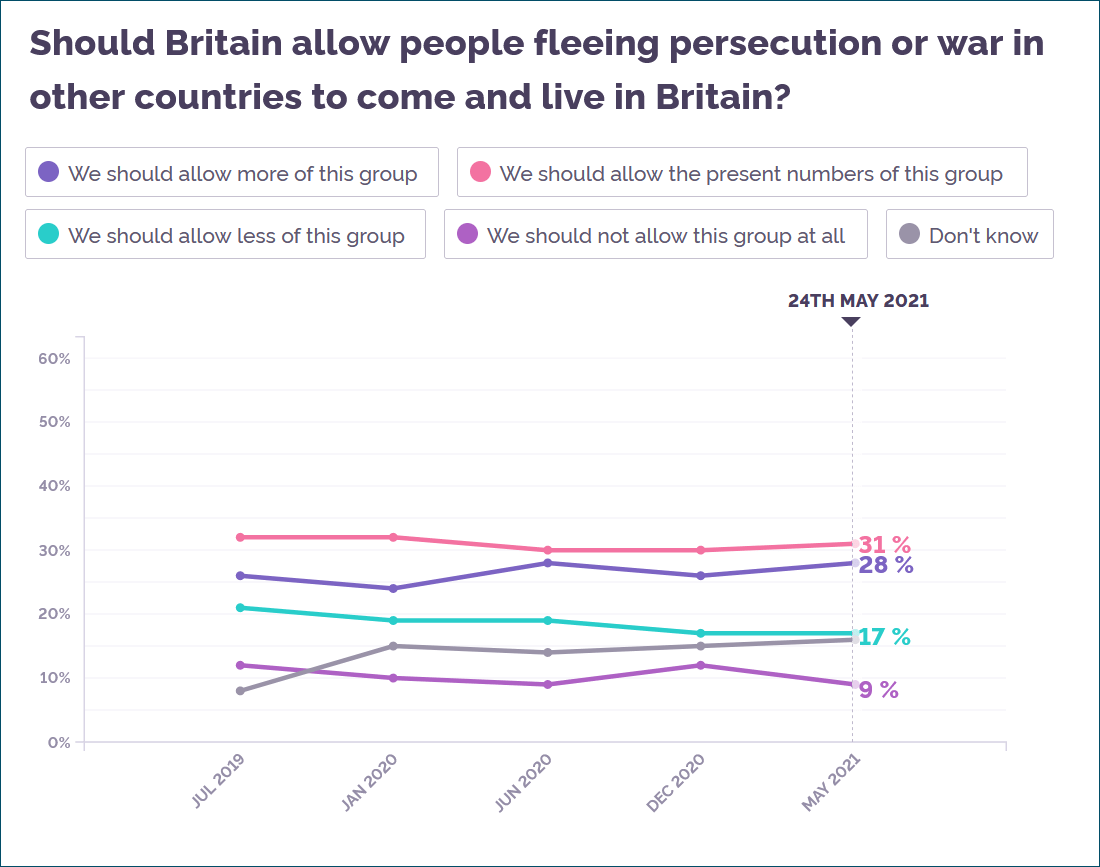 Once you have created the “othering factor” in the public’s minds you then need to use your disinformation to break up unity within the social group seeking asylum.

There are also plenty of examples, such as a website used by the UK Home Office, of directly targeting asylum seekers themselves with misleading information in an attempt to confuse and “deter” them.

None of this happens in isolation.

Using a combination of direct force, combined with disinformation to undermine public support for asylum seekers, turn social groups against each other and create confusion among asylum seekers themselves, states launch concerted attacks.

Sadly, there is very little in international law which can combat these widescale attacks against those seeking safety. Arguably that is something which is needed as the narrative of one state feeds into another to create a concerted global attack against asylum seekers.

It is worth mentioning as a final point that the term “hybrid warfare”, when related to asylum seekers, is used by states themselves as a way to dehumanise them, as has been seen in regard to the situation on the Belarus/EU border.

This is why it is important not only to demonstrate how the same type of tactics are being used against asylum seekers by states but also to try and pull back from the language of warfare when discussing asylum seekers so as not to exacerbate a narrative used to deny them rights.