PM resignation – A show of hypocrisy.

Tory MP tweets her indignation at the thought that Senior Conservatives such as John Major or Theresa May dare to publicly call for Boris Johnson’s resignation... forgetting she, herself, tweeted about Theresa May being toasted back in 2019 and having voted her out.

Clearly upset by louder and louder calls from Senior Conservatives for Boris Johnson to resign over his involvement in and mismanagement of the so-called Downing Street parties, Lucy Allan, the Conservative MP for Telford, tweeted her anger:

“Trying to remove an elected PM with a huge personal mandate, mid term, is anti democratic. Those who seek to do so are subverting democracy.” 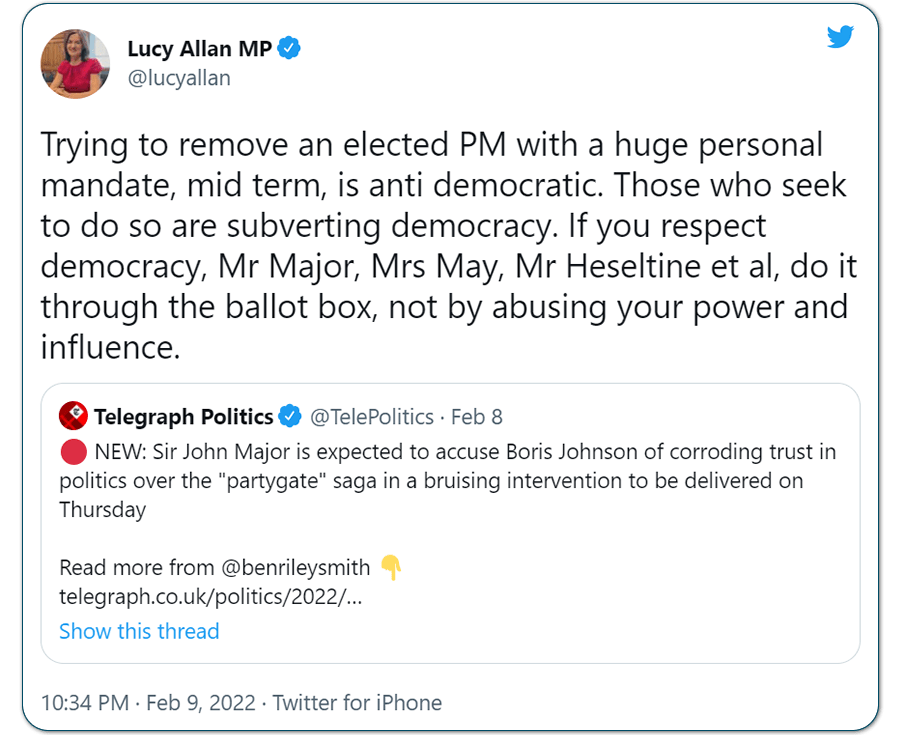 🟦 Lucy Allan is the Conservative MP for Telford, Shropshire

Lucy Allan herself tweeted about then- PM Theresa May being toasted during the Brexit deal negotiations in May 2019.

“This tells me it is over for Theresa May and her deal. It’s time to start again with a new leader,” she wrote after another Tory MP, Robert Halfon, announced that he couldn’t support Theresa May any longer over her Brexit Withdrawal Agreement Bill. 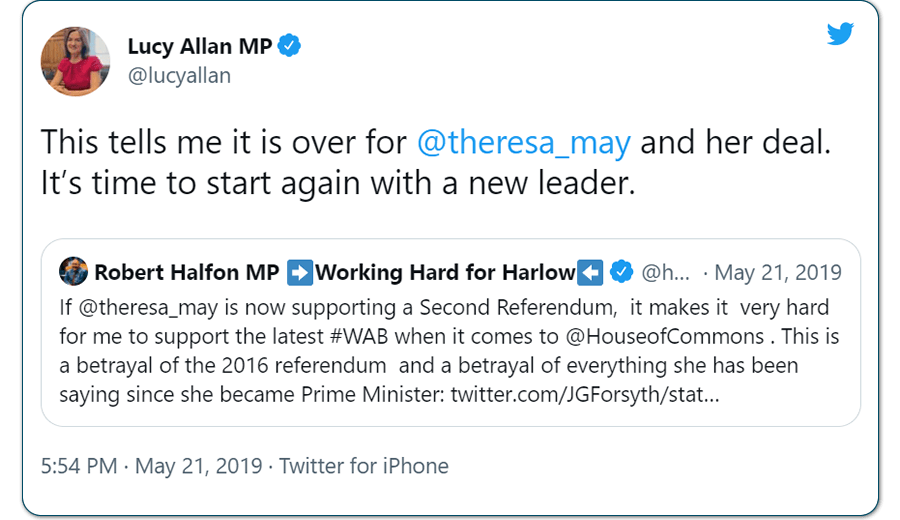 Later in the year, she even tweeted about how Theresa May had been “very, very good” to her and how she could “sympathise” with her, though she admitted having voted against her in a no confidence vote, “for the good of the country and for the good of (her) constituents”, because she saw it as her “duty”. 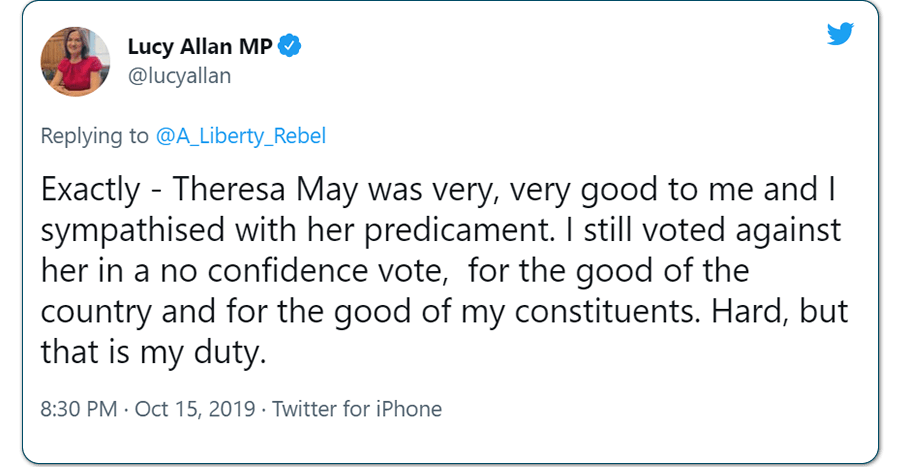 Yet, she denies the same right to her colleagues now and thinks it would be “anti democratic” and “abusing power and influence” that to remove Boris Johnson from Downing Street.

This is not about loyalty.

It is a show of hypocrisy.

Boris Johnson exposes the weakness at the heart of a ‘good chaps’ rule of government.