Ignorant prejudice and discrimination masquerading as spiritual support for Ukraine.

There is certainly a whole lot of truth in the adage “The road to hell is paved with good intentions.” Recently things are being done in America which in most instances are being done with the truest of heart-felt intentions, but in reality, it’s ignorant prejudice and discrimination masquerading as spiritual support for Ukraine.

In Seattle, Piroshky Piroshky, a bakery has been receiving terrorist threats. In New York, Sveta, a small restaurant is receiving numerous hate-filled emails telling the eatery to “go home”. Russian Samovar, a piano bar serving flavored vodka and caviar, has people calling them Nazi over the phone and has had their front door kicked in. The Russian Tea Room in Manhattan has seen its business dry up overnight. In Chicago, the downtown restaurant Russian Tea Time is the victim of numerous false-negative reviews posted online. In San Diego, people have twice threatened to blow up downtown restaurant Pushkin, and bartenders in America are posting videos pouring Stolichnaya vodka down the drain.

All of these actions are symptoms of the systemic problems inherent in American democracy. The symptoms usually reveal themselves through America’s racial problems but oftentimes, like in this instance, the symptoms can reveal themselves through cultural bias. The symptoms, whether its racial bias or cultural bias, are caused by the 2 components which define and work together to create the systemic cancers which ail America. The 2 components are actually 2 actions, 2 actions that always occur in the same order of execution, and automatically activate 90% of the time with NO CONSCIOUS HUMAN ACTIVATION.

All of the aforementioned Russian cases were motivated by heartfelt emotions of goodwill, support, or love for Ukrainians during their time of war, but in reality, they are textbook examples of American systemic prejudice and discrimination in full bloom. Because each case was either a Russian-themed institution or product, a wrong pre-judgment or prejudice was applied which then activated discriminatory actions that were taken in each of the following cases.

All the Americans who committed these acts of prejudice and discrimination masquerading as spiritual support for Ukraine, did so, with appropriate conscious feelings of love and support for the aggrieved, Ukraine, and appropriate conscious feelings of contempt for an obvious perpetrator of death and destruction, Russia. Although those who did more than just cease to patronize these businesses and products by resorting to violent expressions of bomb threats, vandalism to property, harassing staff by name-calling, posting fake bad reviews online, and placing threatening phone calls should be reminded of the following admonitions of Martin Luther King Jr:

The well-intentioned Americans who pre-judge that since a restaurant is Russian, it is staffed and owned by Russians who support Russia’s war invasion of Ukraine, and then boycott the restaurant to show spiritual support to Ukrainians, are only adding additional economic pain to the emotional war pain already being felt by Ukrainian Russian restaurant owners and workers, simply because well-intentioned Americans pre-judged and discriminated instead of fact-finding first, and discovering that the Russian restaurants are in fact owned and staffed by Ukrainians.

The naturally evolved state of mind in the US

But if any American Natives, any American people of color, any American non-Christian faith believers, and any American atheists jump on the high horse of thinking themselves not guilty of being prejudiced and discriminatory, they must jump back down to earth because YOU, ME AND ALL AMERICANS suffer unconsciously from being prejudiced and discriminatory. It’s the naturally evolved state of mind in a democracy where all its components, religious, legal, educational, economic, and its local, state, and federal governments were built on the principle that white human beings are equal and should be treated so, and all dark-skinned beings are not human but sub-human, akin to apes, therefore have no rights equal or otherwise that a white human being “was bound to respect”. Aka systemic racism.

Psychologists Drs Kenneth and Mamie Clark designed and conducted a series of experiments in 1940 known as “the doll tests” to study the psychological effects of racial segregation on American Black and American White children. Four dolls, identical except for color, were presented to children between the ages of three to seven to test the children’s racial perceptions. The children were asked to identify both the race of the dolls and which color doll was the good or bad doll. Both the American Black and American White children ALWAYS picked the white doll as the good doll.

A memorable moment during the experiment for the Clarks was when they asked one American Black child which doll was like them. The child pointed to the brown doll and replied “That’s a nigger. I’m a nigger”. The results concluded that “prejudice, discrimination, and segregation” created a feeling of inferiority and damaged the self-esteem of American Black children, and also inhibited the development of American White children.

70 years later in 2010 a new study commissioned by CNN and conducted by renowned child psychologist and University of Chicago professor Margaret Beale Spencer, tested children from two age groups: 4 to 5 and 9 to 10 and concluded that white children, as a whole, responded with a high rate of “white bias”, identifying the color of their skin with positive attributes and darker skin with negative attributes. According to Spencer, black children, as a whole, have some bias toward whiteness but far less than white children.

“All kids on the one hand are exposed to the stereotypes,” she said. “What’s really significant here is that white children are learning or maintaining those stereotypes much more strongly than the African-American children. Therefore, the white youngsters are even more stereotypic in their responses concerning attitudes, beliefs and attitudes and preferences than the African-American children.”

Take a look at the following video and see how systemic racism has infected black and white European children:

And last year in 2021 Toni Sturdivant, Assistant Professor of Curriculum and Instruction at Texas A&M University, recreated the Clarks doll test with a new approach. Instead of asking children questions she placed 4 racially diverse dolls (White, Latina, Black with lighter skin, and Black with medium skin) in a racially diverse preschool classroom and observed Black preschool girls as they played for one semester. What she discovered was that the children were more likely to step over or even step on the Black dolls to get to other toys, and when it came time to do either of the Black dolls’ hair, the girls would pretend to be hairstylists and say, “I can’t do that doll’s hair. It’s too big” or, “It’s too curly”, but they preferred to style the straight hair of the Latina and White doll. Professor Sturdivant’s most disturbing discovery was when a Black girl put one of the black dolls in a pot and pretended to cook the doll.

This is why, both a black and a white police officer, will more likely shoot and kill an American Black male after pulling them over for a minor traffic violation. But issue a citation or arrest a white male pulled over for the same minor traffic offense. Because a black male is pre-judged as a violent threat to society and a white male is pre-judged as an innocent whose guilt must be proven, based on 246 years of American systemic racist programming that white is human and black is sub-human.

The American government’s invention of mortgage redlining is a textbook example of how unconscious or non-human activated prejudice and discrimination continue after conscious human activated prejudice and discrimination have been eliminated. Many American Blacks start life as a victim of financial systemic racism. They are designated as a bad financial risk long before they have a chance to default on any financial obligation to any institution, simply because the American financial system was programmed by the American government in 1934, to designate people who live in American Black redlined communities as people of bad risk.

This means that although the Fair Housing Act of 1968 made home mortgage redlining illegal, today in 2022 the bad risk pre-judgment prejudice and discrimination remains because American Blacks who live in a previously redlined area will pay more for car insurance, property insurance, health insurance, and credit card interest rates, not because of bad credit history or an individual making a racist credit evaluation but because they live in the black part of town, the part of town the American government programmed America’s financial system in 1934 to believe where people of bad risk live, so the American financial system automatically with no human intervention commits pre-judgment prejudice and discrimination, making an American Black pay more than an American White would pay for the same financial service or product. Aka systemic racism. 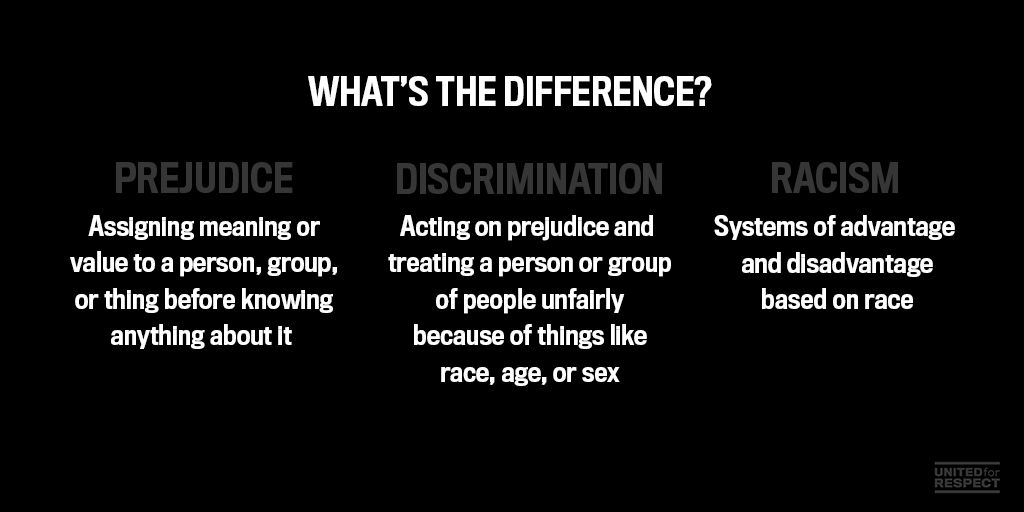 🧾
“We have the disgrace of racial discrimination, or we have prejudice against people because of their religion. We have not had the courage to uproot these things, although we know they are wrong.” – Dwight D. Eisenhower, 34th president of the United States.

American democracy is the greatest system ever conceived by human beings to govern human beings, but if it is to survive in the 21st century it must be reengineered to remove the remaining unconscious racism from the system. For instance, a reengineering of America’s education system would render American Black History Month obsolete. So-called American Black history would take its place alongside traditional American history becoming a part of history curriculums throughout the United States, and taught as a true red, white, and blue American history.

Failure to reengineer prejudice and discrimination out of the system of American democracy will render it obsolete and transformed from democracy to autocracy!

Independence and democracy, or jingoistic authoritarianism.

Parliament could burn down any day? Sell it. Turn it into a museum or a posh hotel.

Democracy is threatened in many ways.