Well, we are the people and we say yes.

Boris Johnson and the UK Supreme Court can say no if they want to... Well, we say yes, and we are the people.

The First Minister began her much-anticipated statement to Holyrood by quoting from the Scottish Claim of Right which affirmed the sovereign right of the Scottish people to choose the form of government best suited to their needs. She went on, quoting the late Canon Kenyon Wright who was instrumental in drafting that historic document which affirmed the right of the people of Scotland to choose a Scottish Parliament. Canon Wright observed, but what if the voice from Westminster says: “We say no and we are the state.” The canon retorted, “Well, we say yes and we are the people.”

Right now the issue of another referendum is, as the First Minister noted, mired in questions of process which only benefit the anti-independence parties. This allows the likes of Douglas Ross and Anas Sarwar to focus on questions of process and the lawfulness or otherwise of another independence referendum and to sidestep questions on the substance of the matter. It is, as she correctly pointed out, vital to obtain legal clarity on the lawfulness of another referendum, otherwise all we get instead of addressing the actual issue of independence are anti-independence political opinions which the bulk of the Scottish media is only too happy to present as fact.

As a first step, the First Minister has written to Boris Johnson in order to urge him to negotiate the terms of a Section 30 order with her in order to put the legality of the referendum beyond any doubt, the letter makes plain that Johnson’s actions to date “call into question the whole idea of the UK as a voluntary partnership.”

In order to avoid a long drawn-out legal process, and to put pressure on Johnson, the letter also states that against the background of Johnson’s reluctance to respect the mandate given to the Scottish Parliament by the electorate of Scotland last year.

🧾
“The Lord Advocate has, following a request from me, decided to refer to the Supreme Court the question of whether Scottish Parliament legislation for such a referendum relates to reserved matters. The reference is being served on the Advocate General today.”

What this means is that the Conservative Government will be a party to the case and that Johnson and his allies cannot hide behind a case brought forward by some private individuals acting as British nationalist proxies. If the political pressure Nicola Sturgeon has now created forces Johnson to negotiate a Section 30 order, or if the Supreme Court rules that the referendum bill is within the competence of Holyrood then all is well and good, the lawfulness of the referendum will have been put beyond any doubt and the referendum will take place on 19 October 2023 with the question, “Should Scotland be an independent country?”

The fact that the referendum will be consultative does not diminish its standing, no matter what Douglas Ross might want us all to believe. In the UK, all referendums are consultative. The 2014 referendum was consultative, as were the 2016 EU referendum, the 1999 devolution referendum and the 1979 Assembly referendum.

However, if Johnson continues to refuse a Section 30 order and the Supreme Court rules that the Scottish Parliament does not have the right to implement the mandate given to it by the people of Scotland in a democratic election, this will be a ruling obtained by the Conservative government, and the Johnson government will stand revealed as holding the democratic will of the people of Scotland in contempt and of having destroyed the proud claim of traditional Scottish unionism, that Scotland is a partner nation in a voluntary union which the Scottish people have the right to end should they so choose.

Scotland will have been told that it does not matter what it votes for, it is subject to the whims of a Prime Minister from a party which has not won an election in Scotland since the 1950s, a party with a mere six MPs in Scotland, four of whom have no confidence in the Prime Minister whom they want to hold Scotland hostage. This would change the nature of the independence debate at a stroke, it would no longer be a debate about what is the best form of government for Scotland, but would become a campaign to guarantee democracy itself.

Such a ruling will have seismic political effects. It will, as Nicola Sturgeon pointed out, not be the end of the matter, indeed as she said it would make the argument for independence in the strongest possible terms. The independence debate is a political debate, not a legal debate. It is a debate which can only be settled with a democratic event, not with a court ruling. If the UK Supreme Court does indeed rule that it doesn’t matter what Scotland votes for, the anti-independence parties will be forced to defend a UK which explicitly denies Scottish democracy and we can add “a voluntary partnership of nations” to the long list of British nationalist lies along with Gordie Broon’s Vow, the Sewel Convention being given legal status, and the promise that only a No vote in 2014 could guarantee Scotland’s place in the European Union.

If the British state is foolish enough and arrogant enough to go down that democracy-denying road then there will be consequences. The First Minister went further than many were expecting and made it clear that the people of Scotland will not be denied their say. If all routes to a lawful referendum are blocked off by a Conservative party which is running scared of the verdict of the people of Scotland then the next UK General Election in Scotland will become a de facto referendum on independence, a campaign which the anti-independence parties will have to fight having made it clear to the people of Scotland that they do not respect the will of the Scottish electorate.

They will be standing on a platform of “Vote for us Scotland, you have no standing as a nation and we are going to ignore you.” It will be an election where the future of democracy itself is at stake, an election where what is on the ballot is Scotland’s very status as a nation with the right to decide its own future. Nicola Sturgeon’s announcement made it plain that one way or another, Scotland will have its say, either in a lawful referendum on 19 October 2023, or in a General Election in which it will be clear that the union is dead and Westminster does not recognise Scotland’s historic nationhood in any meaningful sense.

Johnson and the UK Supreme Court can say no if they want to, well we say yes and we are the people. 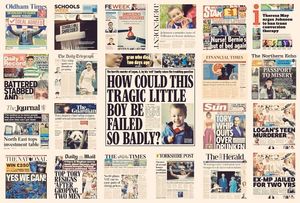