Boris Johnson has announced his departure from office following a record number of ministerial resignations.

As data compiled by the Institute for Government shows, dozens of ministers have resigned since Tuesday when Boris Johnson’s mishandling of a sexual misconduct case within the Conservative Party had come to light.

The number of resignations under Johnson in the past days far has outstripped the pace of other UK prime ministers of recent history. Theresa May, Johnson’s predecessor, also saw the number of ministers resign from their posts shoot up in her last months in office.

According to the Institute for Government, there are 109 ministerial posts in the UK government, with Johnson seeing 63 sackings and resignations of them during approximately 1,000 days in office.

Other UK Prime Ministers, like John Major, Tony Blair or David Cameron saw far fewer resignations during their first four years in office. Margaret Thatcher didn’t have any resignations until her third year in office, with one firing also occurring at the two-year mark.

Boris remade Britain’s image as a mussy-haired wannabe with a slippery sense of propriety. 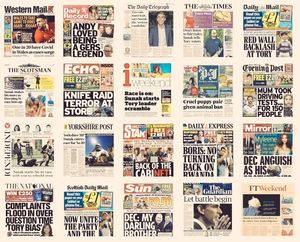