Elon Musk is trying to withdraw his bid for Twitter after months of conflicting statements. What was supposed to be one of the biggest tech acquisitions in recent history will now most likely devolve into a legal battle impacting the involved stocks for the foreseeable future.

When Elon Musk tweets, the stock market reacts. The CEO and self-styled “Technoking of Tesla” has proven the manipulative weight of his social media activities time and time again, with him single-handedly causing the rise and fall of the meme-based cryptocurrency Dogecoin being just one of the more well-publicized examples.

Now, his Twitter presence directly affects the platform he's focusing his output on. Since announcing his intention to buy the social media corporation for $44 billion on April 14, its stock price rose to over $50 per share at the end of April, the highest since the general downswing affecting tech stocks starting at the end of 2021. 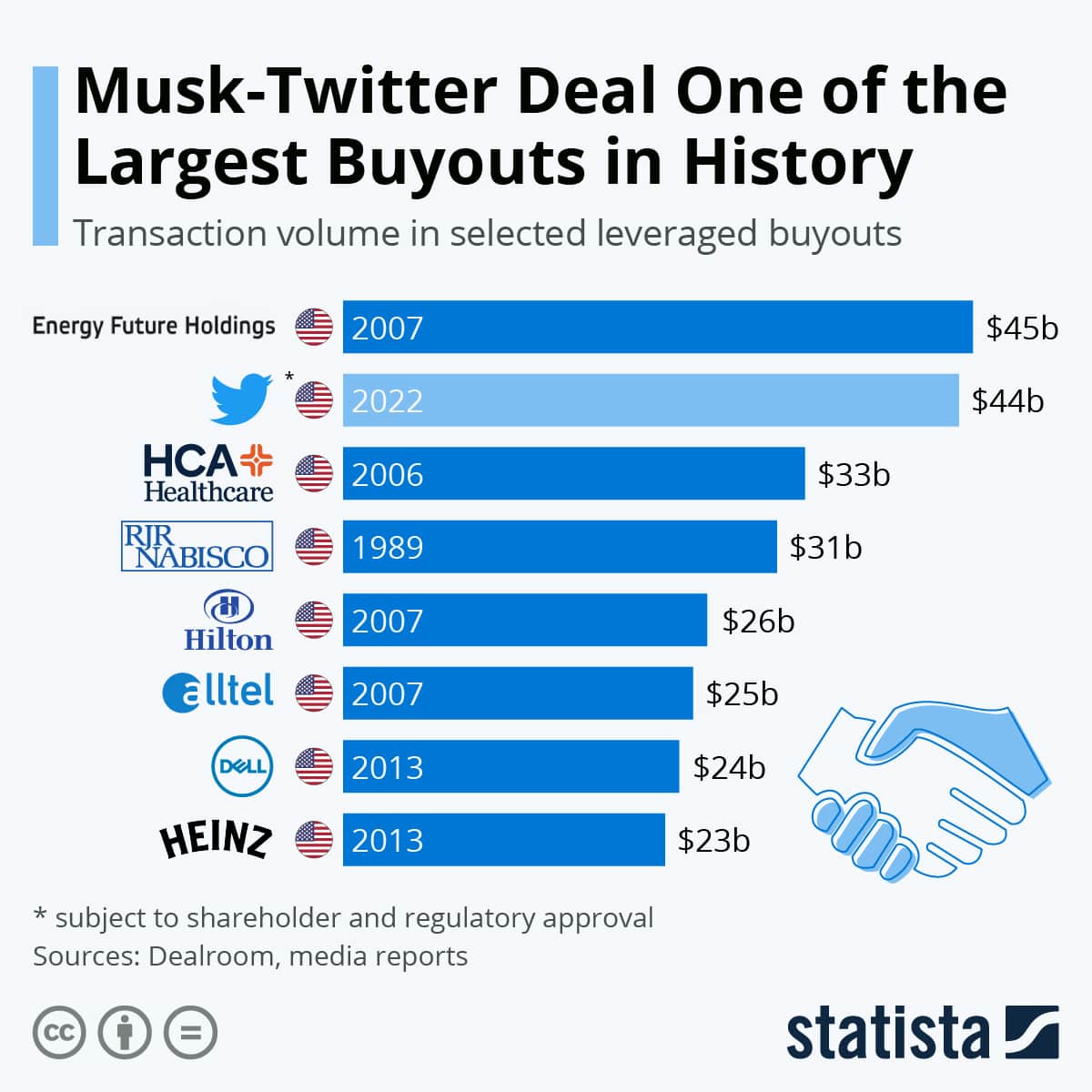 Some of the largest leveraged buyouts in history. | Statista

Due to his hesitation to commit to the deal, Twitter’s stock tumbled again – and took Tesla with it at times as our next chart shows.

While tech stocks, in general, are more volatile and prone to more significant fluctuations in value, some of the recent developments of Twitter’s and Tesla’s stock prices can indeed be traced to specific moments in the ongoing acquisition process, which is now likely to end in a drawn-out litigation process.

For example, when Musk announced putting the deal on hold due to concerns over fake accounts on the social media platform, its stock fell from $45 to $37 per share between May 12 and May 18. In the same timeframe, Tesla’s share price went from $728 to $709. As soon as Musk announced his intention of calling off the deal on July 8, his company's shares tumbled from $752 to $699 over the course of three days, while Twitter’s stock price also fell from $37 to $34.

Despite the electric car (BEV) manufacturer achieving its first profitable year excluding carbon credits in 2021, the scrutiny of its business practices and market standing has intensified over the last couple of months. For example, while Tesla still had a market share of 13.6% in the BEV market in the first half of 2022, its competitors SAIC, BYD and Volkswagen are closing the gap at a rapid pace.

Musk also recently made headlines for laying off 10% of Tesla’s employees amid the current economic downturn that forced many tech companies to reduce their workforce. On the other hand, the Tesla CEO was reported to allegedly underpay workers at his Gigafactory in Grünheide, Brandenburg and, in turn, not being able to fill the open positions needed to boost production quotas at the car company’s newest factory. 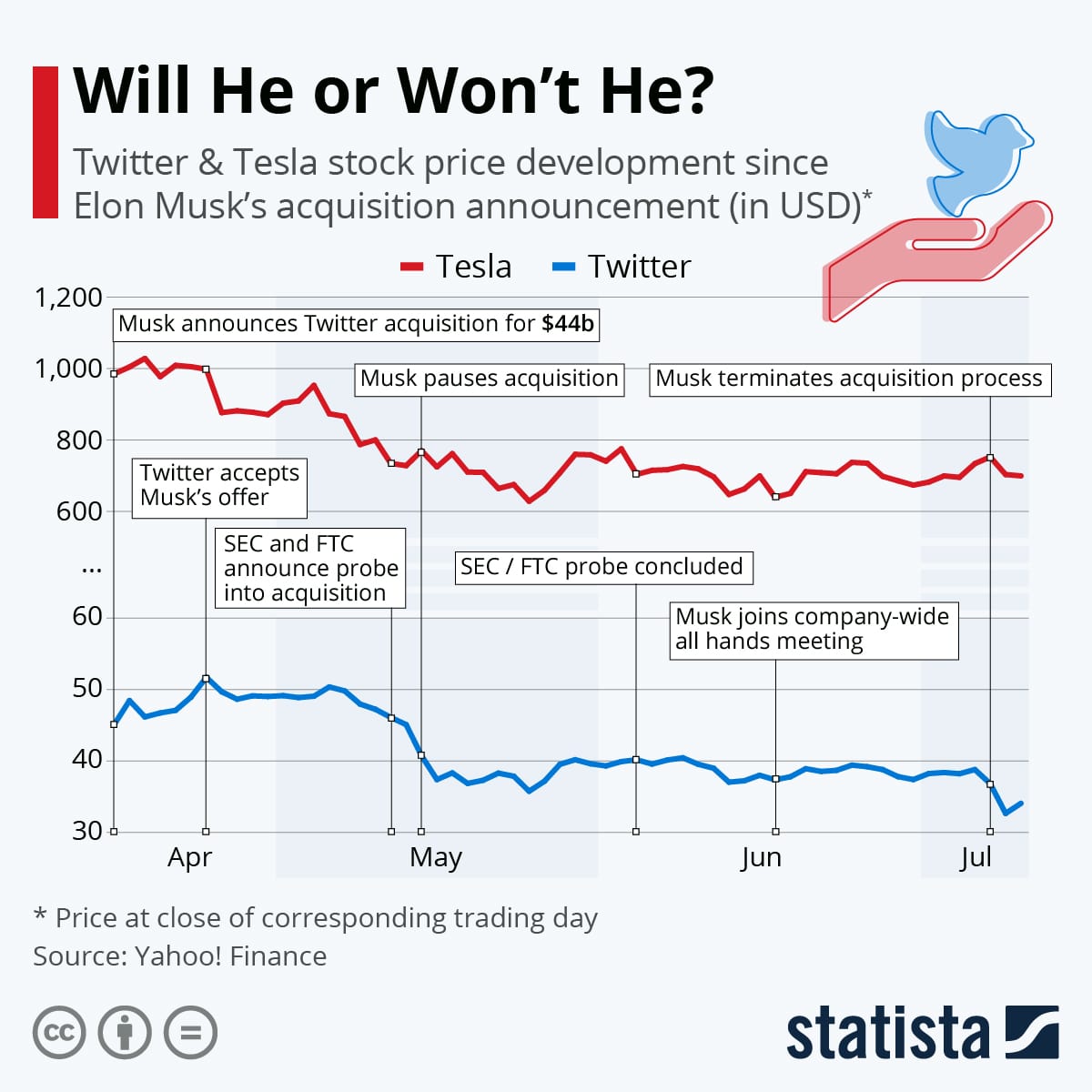 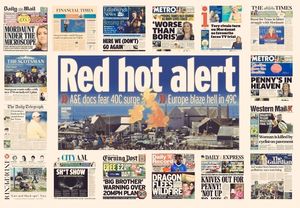