Quick summary of the ERG’s – sorry, your next Prime Minister’s plans for Britain.

Our next PM, supported by a global network of free-market think tanks, will attempt to turn Britain into a Libertarian-Right dystopia by enacting the insane and cruel policies outlined in a book by Jacob Rees-Mogg’s dad.

Our next PM, supported by a global network of free-market think tanks, in the UK based in Tufton Street, will attempt to turn Britain into a libertarian-Right dystopia by enacting the insane and cruel policies outlined by Jacob Rees-Mogg’s dad, in his book The Sovereign Individual.

In 1997, Jacob Rees-Mogg’s dad, William Rees-Mogg wrote the ‘The Sovereign Individual: The Coming Economic Revolution & How to Survive & Prosper’ in which he shared his views on capitalism and chaos, that have links to his son’s enthusiasm for Brexit, and that opens with a quote from Tom Stoppard’s play Arcadia: “The future is disorder.”

Digital technology would make the world more competitive, unequal and unstable, the book predicted. Taxes would be evaded.

“By 2010 or thereabouts,” he wrote, welfare states “will simply become unfinanceable.” Only the most talented, self-reliant, technologically adept person – “the sovereign individual” – would thrive in such world.

Libertarians across the world embraced this worldview.

Alastair Campbell said “After reading it, it is easy to see” why Jacob Rees-Mogg “so loves Brexit, and the chaos and disorder, and opportunities for disaster capitalism and super-elitism, that it may provide.”

Today, super-elites fuel a culture war that results in discontent, division and disaster.

Rees-Mogg Senior emphasised the importance of “low taxation” and “personal independence” – the two sacred causes of the hard-right at the time and since.

With the decline of the welfare state and public services, ‘personal independence’ now translates to ‘personal responsibility’.

In Rees-Mogg Senior’s 1992 ‘The Great Reckoning: How the World Will Change Before the Year 2000’, instead of warning against social and economic turmoil as a threat to conservatism and the well-off, it became an opportunity for them, and many rich Libertarians agreed and followed him.

In 2012, Jacob Rees-Mogg wrote that he was for “the individual against the state”, and against a “society wrapped in cotton wool”.

“The choice” is between “the collective and constant mediocrity”, and “freedom and great peaks of human endeavour”: personal success above all else.

In ‘The Sovereign Individual’, Rees-Mogg Senior recommended Singapore to entrepreneurs as one country that “impose low costs” on business. He also advised them to use tax havens.

In 2007, Jacob Rees-Mogg co-founded Somerset Capital Management, now a highly profitable London company, investing money for clients in “emerging markets” that happens to operate from Singapore, with a subsidiary in the Cayman Islands. Both tax havens. Of course.

The Sovereign Individual said that in the 21st century, “many of the ablest people” would use “cost-benefit analysis” to assess what was in their best interests. They would “cease to think of themselves as party to a nation”: to the super-rich, nations are merely a vehicle.

This is why the populist nationalism trumpeted every day from the hard-right is so sinister, mendacious and toxic: they demand nationalism and submission to Queen and country for the masses, while Libertarian elites happily lie to the Queen, line their pockets, and royally f*ck Britain.

An ICIJ analysis identified hundreds of offshore companies that ended relationships with the scandal-tarred law firm Mossack Fonseca after the release of the Panama Papers investigation.

Jacob Rees-Mogg is earning millions from his investment company, accounts reveal. | The Independent

Libertarians should be honest for once, and say what they REALLY want, namely: no welfare; no public sector; no taxes; no consumer, worker or environmental protections; no food or other standards; no limits on Party funding; no lobbying restrictions; no unions; and no human rights.

If the Conservatives were at least honest with their cheap, misleading and manipulative populist nationalist slogans:

Britannia Unchained championed free market fundamentalism using crass stereotypes to demonise British workers, who are “among the worst idlers in the world”: “Indian children aspire to be doctors or businessmen, the British are more interested in football and pop music.”

It is 75 years since the Mont Pèlerin Society first drafted its loose ‘Statement of Aims’, and with Britain’s new Koch/Kolm/ATLAS/Tufton Street/ERG-approved PM about to be installed, and ‘Charter Cities’ about to appear, the neoliberal’s endgame is now in sight. 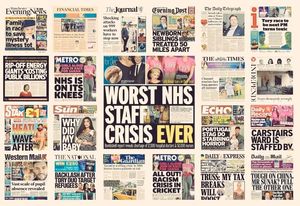 The return of the Yos! and Oys! – plus a new addition.

Last week the Axis Of Autocracy was consummated.

Hasta la vista, he wants to come back.