Boris Johnson says his time as UK PM was ‘mission largely accomplished’. How does that actually stack up?

Boris Johnson is about to leave 10 Downing Street to be replaced by one of two colleagues. His history in the top job is a chequered one.

Boris Johnson has declared his time as United Kingdom prime minister was “mission largely accomplished”. How does that self-diagnosed legacy stack up?

Nothing is inevitable in politics, but Johnson’s political demise in July 2022 might be as close as we get to such inevitability. This was not so much because of the growing pressure to oust him once revelations of his wrongdoing occurred.

Rather, it was because of the well-known character flaws of chaotic self-management and flagrant disregard for responsibility that he brought to the job of prime minister.

Nevertheless, he has left a significant political legacy for whoever his successor turns out to be, and for the United Kingdom as a whole. This is not to say his legacy was part of a coherent ideology or governing strategy.

Contrast Johnson with Margaret Thatcher who, although reviled on the left of politics, was recognised as having a formed-up plan and effectively implementing it. Conversely, Tony Blair had an electoral strategy and was feared on the right for over a decade for winning the middle ground of politics from the Conservatives (although many Labour voters never really forgave Blair for hollowing out the party).

So what is Johnson’s legacy?

It is hard to see any order in Johnson’s chaos. Johnson was seen as a fixer, a prime minister who governed through and by crises. The list of his main legacies will run as follows.

Johnson will be best remembered for getting Brexit done. However, this is not quite right. Brexit is not done yet, certainly not in Northern Ireland. The statecraft required to get the UK out of the European Union was focused on political concerns in England and paid little regard to those parts of the UK that voted to remain.

The push for Scottish independence has entered a new phase, with the Scottish government sending its plans for a referendum on separation from the UK in 2023 to the UK’s High Court.

The flipside of Brexit was “levelling-up”. This was a plan to reinvest in those relatively deprived areas in the north and midlands of England that had voted to leave the EU.

There have been many plans to overcome the north-south divide in England; none have really achieved their stated aims. The cancellation of the Leeds branch of a high-speed rail project doesn’t look like a promising departure from the norm.

Of course, it might be too early to tell just how successful Brexit has truly been. Its medium and long-term effects are yet to become apparent.

This is most obvious in regard to the economy, which was hit by the pandemic only weeks after the UK formally left the EU in January 2020. The anticipated “Brexit opportunities” have certainly not arrived for fisher people who were a key source of support for the “leave” campaign back in 2016.

Although Johnson is often seen as having got the big decisions on the pandemic response right, his record is chequered here even before we get to Partygate. His initial avoidance of emergency meetings spoke to his disregard for process and avoidance of responsibility.

What Johnson may have fully accomplished is destroying trust in politics. His greatest legacy will take some time to become apparent. At the electoral level, Brexit was built on the support of those who had lost faith in the ability of politics and politicians to change their lives for the better (see above about Tony Blair).

Johnson has squandered the trust that those people put in him by his disregard for the responsibilities that go with the role of PM, and his lack of empathy for the situation of others he so obviously wished to rule.

Who are the candidates to replace him?

We have come down to the final two candidates who will face a vote of the party’s grassroots members in August: the former chancellor of the exchequer (treasurer), Rishi Sunak, and Foreign Secretary Liz Truss.

With his high-taxation policies, Sunak is what passes for a liberal among Conservatives. This may weaken his chances against Truss.

Truss is presenting herself as the continuity candidate.

About 160,000 members of the Conservative Party will choose the UK’s new prime minister between now and early September.

This is where former prime minister David Cameron’s legacy, rather than Boris Johnson’s, has come to fruition. Back in 2010 the Conservatives were often described as stale, pale and male. Cameron selected female and ethnic minority candidates for safe seats (contrast this with the Australian Coalition’s difficulties over quotas). Those decision are now bearing fruit as the next prime minister will be either a woman or the UK’s first non-white PM.

Yet, for all his flaws, Johnson bequeaths his successor a healthy parliamentary majority; down from 80 in 2019, but still a very strong 73. Even with a huge swing away from the Conservatives, the Labour opposition – which has ruled out a coalition with the Scottish National Party – still has a proverbial mountain to climb. The Conservatives may be dining out on Brexit and Johnson’s single election win for some years to come.

Johnson signed off on his last prime minister’s questions in the House of Commons by quoting The Terminator: “Hasta la vista, baby.” His time as prime minister has come to an end; but for a natural-born grandstander like Johnson, we can be sure he’ll be back.

Should I still go on holiday if I have COVID? 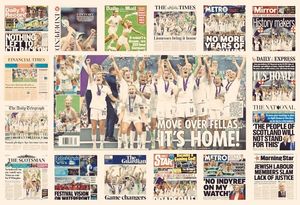