It is all well for Number 10 to fly the flag and for ministers to celebrate the Lionesses’ win at the Euros, but is the Government currently doing enough to deal with serious issues such as the rising cost of energy in the country?

A recent YouGov survey asked British people whether they thought the UK Government is doing well or badly at responding to the rising cost of energy in the country.

And the results are striking.

— Let us know what you think about these results — 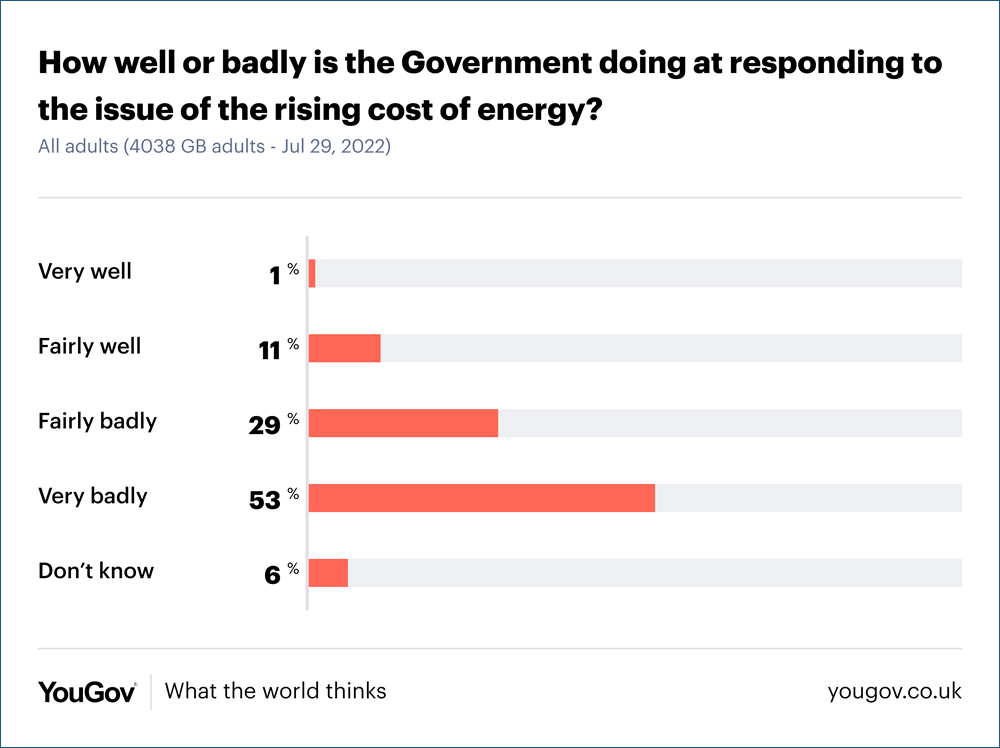 Why are some so afraid of women, gays, trans, etc?

Inflation projections and the War in Ukraine.

The War in Ukraine puts the brakes on global economic recovery.