Is race an issue that might explain why Rishi Sunak is doing so badly among Tory members?

A difficult question for pollsters to investigate: Is race an issue for Rishi Sunak? No one says ‘yes, ethnicity is an issue for me’ when pollsters ask but Conservative party members do show an above-average opposition to diversity drives.

A YouGov poll of party members completed on August 2 shows Rishi Sunak to be trailing Liz Truss 31% to 69% in the Conservative leadership contest. A similar poll completed on July 21 had him on 38% to her 62%. She appears to be winning the contest hands down.

This is surprising given that Sunak was a very popular chancellor at the time of the COVID lockdown, in large part due to his generosity in supporting workers with the furlough scheme. But the survey shows that the members prefer Truss to him by large margins on key policy issues such as the cost of living, the NHS, asylum seekers, housing and defence. 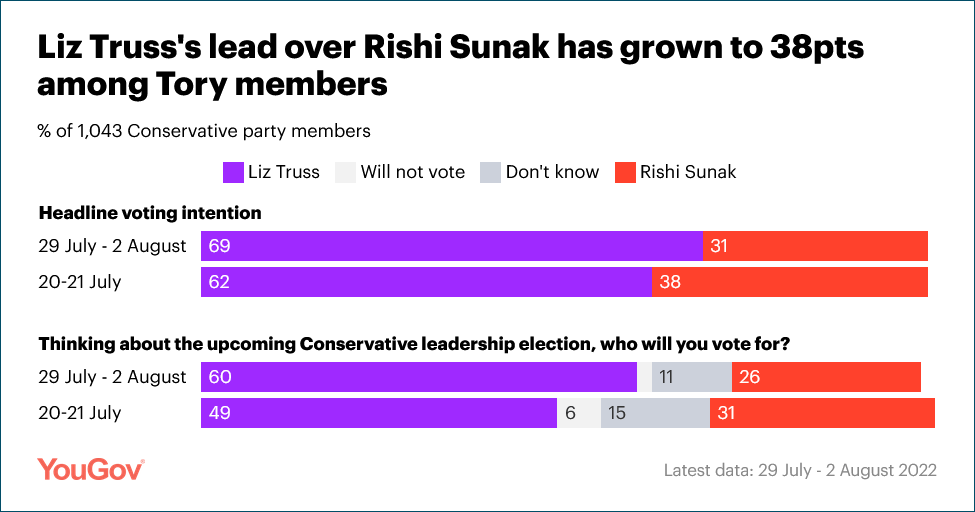 In addition, they think she is more likely to deliver a Conservative victory in the next election – although many are pessimistic about whether this can be achieved. This raises the interesting question: why he is doing so badly among the party members?

One reason is the “stab-in-the-back” narrative – the idea that Sunak was disloyal to his boss by resigning as chancellor. This set off an avalanche of departures from the government that brought prime minister Boris Johnson down. Altogether 51% of respondents to the survey thought it was wrong for him to resign and only 40% thought this was the right thing to do. In addition, only 27% of members thought he was “trustworthy”, compared with 60% who thought the same thing about Truss. It looks like his early resignation damaged him a lot in the leadership race.

But there is another factor which has not been discussed at all. This is the possibility that some Conservative party members are prejudiced against him because he comes from an ethnic minority background. In a country striving for greater equality, this is not a question that should be avoided. Indeed, were this a general election, some discussion of this would surely be happening. Inequality cannot be addressed without evidence and honesty – a fact that is accepted by businesses, government organisations and indeed parliamentary parties.

When David Cameron was party leader, he promoted the cause of inclusion in the parliamentary party for ethnic minorities. He made key appointments to his cabinet that could be seen as shifting the dial. So the Conservative parliamentary party cannot be accused of ignoring this issue. But the same may not be true of the party members. Is prejudice among the members a fact that dare not speak its name?

If prime ministers are to be selected via party elections, this is an issue that must be at least considered.

No one ticks the ‘Yes, I’m racist’ box

Identifying prejudice is a longstanding difficulty for pollsters. Survey respondents are unlikely to admit they are prejudiced against ethnic minorities, because it is seen as socially undesirable. They are highly unlikely to say outright that they don’t want a leader from an ethnic minority. And indeed, many will proudly state that it isn’t an issue when asked. There are some methodological techniques for finding out how people really feel, such as list experiments, in which some people are asked to give their view on a sensitive issue and others are not. More generally, we have to find these things out using indirect methods rather than direct questions.

When it comes to the party membership election specifically, pollsters face another problem: it’s tricky to harvest a representative sample since they only make up a relatively small percentage of the population. National polls of the electorate typically involve about 1,000 to 1,500 respondents and so there are too few party members in these surveys to do any analysis. YouGov solves this problem by drawing on its very large panel of potential respondents who are paid to take surveys, and this allows them to identify a reasonably sized sample of Conservative party members.

What the data does tell us

We can, however, get around both problems with the help of a very large online survey conducted by the British Election Study just prior to the 2019 general election. This survey had more than 34,000 respondents and included just over 2,500 members from the major parties. It also asked some indirect questions which help us to identify prejudice against ethnic minorities.

One question asked respondents if they thought that policies aimed at giving ethnic minorities equal opportunities in society had “gone too far” or had not “gone far enough”.

Have Policies on Equal Opportunities for Ethnic Minorites in Britain Not Gone Far Enough or Gone too Far?

These differences were replicated in the “not gone far enough” and “gone too far” categories as well. Conservative party members are consistently more opposed to the levelling up of ethnic minorities compared with voters in general, including Conservative voters.

It looks like some Tory grassroots members hold views that would imply they do not want an ethnic minority politician as their prime minister. Knowing this with certainty is always a problem but if results of this kind were thrown up in another context – such as in a parliamentary party – they would be recognised as warranting deeper thought and investigation. As things stand, this probably contributes to Sunak’s poor performance among the party members who are after all choosing the next prime minister. This issue does not appear to be attracting nearly enough attention. 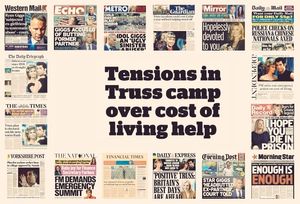