What we are facing is not a cost of living crisis, it is a cost of corporate greed crisis. Ordinary households are suffering while a small minority become rich on the backs of their misery.

An American Buddhist nun called Perma Chödrön wrote a famous self-help book called When Things Fall Apart, she later expounded on the message of the first book with a follow-up, subtitled A Guide to Fearlessness. The books give advice to dealing with personal crises such as the loss of a loved one, or dealing with a life-changing illness, but the lessons that help people through those personal and intimate challenges are also apposite for the challenges that are currently facing us all as a society.

Right now the UK is falling apart, I don’t just mean that the so-called Union is falling apart, although it certainly is, but many of the wider structures and services that have allowed most people to live reasonably comfortable and decent lives are falling apart. From widespread difficulties in getting a driving test to the near impossibility of registering with an NHS dentist, so many things that were once simple now pose huge challenges.

And that is by no means the worst of it, already there are unprecedented levels of foodbank use, an entire generation struggles to find suitable housing, job insecurity is widespread, hundreds of thousands are trapped in low-paid jobs in the so-called gig economy which don’t offer any prospect of advancement or the things like holiday pay or sick leave which previous generations in the workforce took for granted. Inflation is soaring, expected to reach 13%, adding even further to the burden of paying for essentials.

All of these problems are compounded by the obstacles created by Brexit, for all that the Conservatives refuse even to acknowledge that their ideologically-driven hard Brexit could possibly be a contributory factor to the economic problems which have made the British economy the worst performing out of those of the G7 by a significant margin.

Household incomes in the UK are now falling in real terms, and we have a British government which willfully lies and denies that Brexit could have anything to do with it, blaming the global factors which every other economy has to deal with, yet is dealing with markedly better than the UK. We have a British government of right-wing fantasists which insults everyone’s intelligence and refuses to engage with reality.

And it continues to get even worse. Just yesterday there was dreadful news about soaring gas and electricity bills which threaten to throw over half the households in the UK into fuel poverty[1] at a time when millions are already struggling to pay their bills. It was also reported that the British Government is making plans for organised blackouts[2] for industry and households over winter when cold weather may coincide with gas shortages. This is happening in no small measure because successive Conservative governments deliberately ran down the UK’s gas storage capacity.[3]

Millions are facing a freezing winter and possible destitution.

Yet the big oil and gas companies report soaring profits, the largest oil and gas producers made close to $100bn in the first quarter of 2022 on the back of record prices for oil and gas[4] caused by increased demand following the pandemic and supply issues created by the war in Ukraine and sanctions on Russia. Shell posted record earnings of $11.4bn (nearly £10bn)[5] for the three-month period from April to June and promised to give shareholders payouts worth £6.5bn. Meanwhile, Centrica, the owner of British Gas, reinstated its dividend, handing investors £59m[6], after reporting operating profits of £1.3bn during the first half of 2022.

The cost to the government of the help to the poorest households is claimed to be £37 billion over the year[7], which is less than a half of the profits recorded by the biggest oil and gas producers in just three months.

And the big idea from the Tory leadership candidates is to reward them with tax cuts.

It’s not just the big energy companies however, Amazon has also posted record profits, surging to $14.32bn for the last quarter of 2021. Alphabet, the owner of Google, reported profits of $19.45 billion in the second quarter of 2022.

We need to be clear here, what we are facing is not a cost of living crisis, it is a cost of corporate greed crisis. Ordinary households are suffering while a small minority become rich on the backs of their misery.

It is beyond scandalous in a country like Scotland, which has an embarrassing wealth of energy resources, both fossil fuels and renewables, that people are facing a winter without heat and power in their homes. Yet as part of this dysfunctional UK, there is nothing that Scotland can do beyond hope that the right-wing ideologues of the Conservative party who have always prioritised private profit over public good will do something about it.

The signs are not good. Liz Truss thinks that the way to deal with the industrial and social unrest that this crisis will inevitably provoke is to crack down on public protest and striking workers, not to do anything about the underlying issues which created the protest and the strikes in the first place.

The British Government is paralysed while the Conservative party consumes itself with its internal party politicking and Liz Truss and Rishi Sunak compete to out-Thatcher one another in an effort to appeal to the overwhelmingly white, male, southern English, elderly and middle-class membership of the Conservative party which will decide who is to become the next worst Prime Minister in modern times.

The British Government is absent, refusing to engage with the issues, claiming that everything must be put on pause while the Conservatives focus on their leadership contest. Johnson is basically on gardening leave and the others are too busy campaigning and nothing will be done until a new Prime Minister is elected. 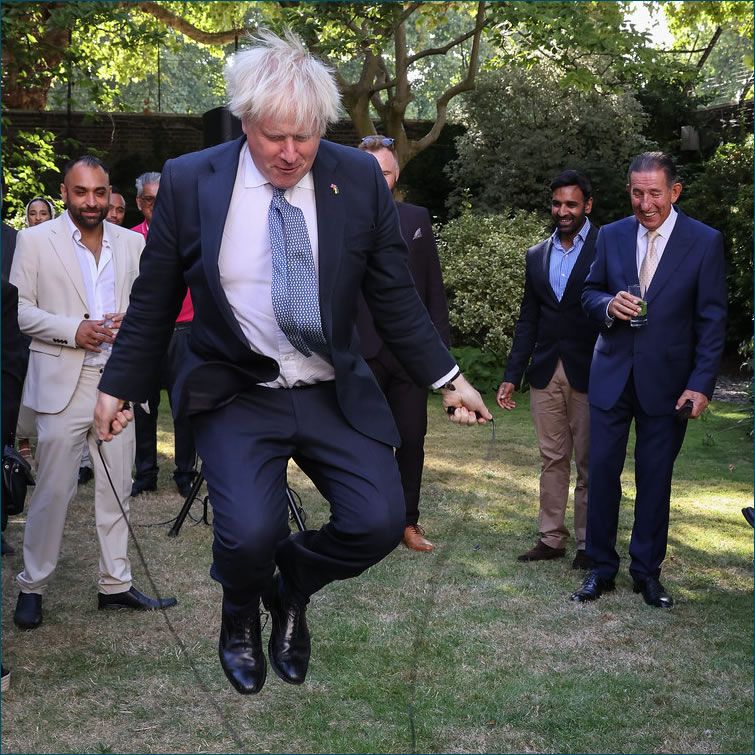 Meanwhile, influential Tories continue to indulge themselves in fantasies divorced from the real world. The Truss supporting architect of Brexit Lord Frost has called on his favourite to forget about “mediaeval” wind farms and even as Europe burns and faces an unprecedented drought insists that there is no climate emergency, calling on Truss to expand fracking and nuclear energy[8].

His absurd claims come even as scientists say that the recent record-breaking heatwave which saw temperatures in parts of England exceed 40C would not have been possible without climate change.

For her part, Liz Truss is more interested in how she can appear in Vogue magazine than in doing anything to tackle the crisis. A study from the Joseph Rowntree Foundation[9] found that £6 of every £7 of her tax cuts will go to the better off.

Scotland has an escape from this madness, but as Perma Chödrön explains, we must be fearless. That does not mean denying that fear exists, change is always frightening, but we must recognise that there is no status quo anymore, change will happen whether we like it or not, and the choice for Scotland is to be a victim of the change that is imposed on us by Truss and her allies, or an agent of change. Put like that it is not a difficult choice. 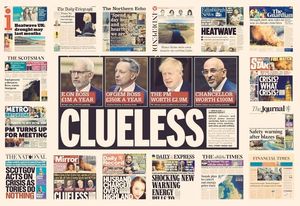