Rishi Sunak has launched a furious, misguided, attack on Good Law Project and its founder Jolyon Maugham QC for “wasting time and money” in the Courts.

Tory leadership candidate Rishi Sunak has launched a furious, misguided, attack on Good Law Project and its founder Jolyon Maugham QC for “wasting time and money” in the Courts. And he has threatened judges he calls “recidivist” – a word meaning the tendency of convicted criminals to continue to offend – with legislation to force them to act in accordance with his wishes.

The attack is the latest, and most targeted, attempt by the Government to bully judges who constrain its law-breaking. Judicial review – success rates for which have already fallen under this pressure to the lowest on record – is the only means by which the Government can be forced to comply with the law made by Parliament.

All of the examples given by Sunak’s press release, which you can read below, focus on Jolyon Maugham, who is mentioned no fewer than ten times, and Good Law Project. It gives four examples of “Good Law Project wasting time and money.” In fact, Good Law Project achieved a high degree of success in two of those four cases. And the High Court has given permission to hear the third “in view of the importance of the issues”.

The press release gives as its first example a case started in Dublin. That case was then resumed in Edinburgh where Good Law Project succeeded in Scotland’s Highest Court, then fended off the Government’s attempt to have the case heard before the Supreme Court, and succeeded again in Europe’s Highest Court, the Court of Justice.

Sunak’s press release is simply wrong – either ignorant or dishonest – to assert the case sought “to overturn the UK’s notification of its decision to leave the EU.” It sought, successfully, to place into Parliament’s hands the option of changing its mind. The Westminster Government does not, of course, have power to change the rules of court in Dublin.

The second case mentioned by the press release concerns the Government’s sleazy or corrupt VIP Lane which diverted billions of pounds of public money to associates and donors to the Conservative Party in return for unusable PPE. The High Court held that the VIP Lane was flawed and illegal.

Of the two remaining cases, one concerns the growing practice of Ministers and their advisers to use ephemeral and unmonitored private messaging channels for Government procurement. Good Law Project lost in the High Court but our appeal will be heard by the Court of Appeal later this year. The High Court itself gave us permission to appeal “in view of the importance of the issues”.

The final example cited involved the practice of wrenching looked after children from their support networks to house them in cheaper parts of the country exposing them to increased risk of sexual exploitation. Good Law Project sued, unsuccessfully, both Lib Dem and Conservative Local Authorities, a fact flatly inconsistent with the case being “politically motivated” as Sunak charges.

💬
“Good Law Project’s litigation is uncovering billions of your money wasted by this Government’s cronyism and sleaze.
“It wants you kept in the dark. But we think it should obey the same rules as everyone else. Not change them so it doesn’t have to. None of us is above the law.”

We publish a full record of all of the cases we have brought which can be read here.

Rishi Sunak today set out his plans to crack down on “lawfare” which is politicising our courts, wasting time and taxpayers’ money, and slowing down government delivery.

As Prime Minister, Rishi Sunak will make clear that vexatious claimants should not be wasting court time and will bring forward legislation as the ultimate backstop if this problem persists.

“I have the greatest respect for our judiciary and the rule of law in this country, which is why I want to call time on politically motivated cases being brought before our courts.

“Like millions, in 2016 I voted for our Parliament to take back control. But it’s increasingly clear an entire lawfare industry is seeking to stand in the way of Parliament and the government delivering change.

“Repeated vexatious Judicial Reviews by political campaigners are clogging up the courts, costing us a fortune and acting as a drag on the government delivering for the public. So if I’m Prime Minister, I’ll call time on campaigners politicising our courts.”

Rishi Sunak would make tackling political ‘lawfare’ a priority as a new Prime Minister as he wants to make government more responsive and effective for the British people.

The mechanism is available immediately with a Statutory Instrument and would not require lengthy primary legislation. Sunak would place before the House of Commons a draft Civil Procedure (Amendment) Rules statutory instrument under the Civil Procedure Act, which he would activate in the event of judicial recidivism.

Sunak’s concerns about the increasing politicisation of the courts are matched by those in the legal sector. Against a backdrop of a growing trend of politically motivated cases, the Independent Review of Administrative Law recently encouraged courts to carefully distinguish between legitimate challenge and “those applications which seek to involve the courts in a general policy review of decisions that an elected government is entitled to make.”

“The Judicial Review process is being abused by campaigners who disagree with policy set by a democratically elected government. We need to act on this to stop our stretched courts being overwhelmed by political claims. Rishi Sunak’s government will act to get a grip of the increasing burden politically activist lawyers are placing on the judiciary.”

“No application for judicial review shall be made unless the leave of the High Court has been obtained in accordance with rules of court; and the court shall not grant leave to make such an application unless –

(a) it considers that the applicant has a sufficient interest in the matter to which the application relates, …”

The Administrative Court Judicial Review Guide 2021 explains this as follows:

“There are situations in which judicial review will not be appropriate or possible… A person may not bring an application for judicial review unless they have a “sufficient interest” in the matter to which the claim relates. This is known as the requirement for “standing” or (in Latin) locus standi… What counts as a sufficient interest depends on the circumstances of the particular claim. Persons who are directly and adversely affected by a decision under challenge will generally have standing… In some cases, a claimant whose legal rights and obligations are not affected (such as an association or non-governmental organisation), but has a particular expertise in the subject matter of the claim, may be considered to have sufficient standing if the claim is brought in the public interest.” ¹

This broad interpretation of standing has developed over time, but reflects, for example, the view of Lord Denning M.R. in Blackburn [1968]:

“I regard it as a matter of high constitutional principle that if there is good ground for supposing that a government department or a public authority is transgressing the law, or is about to transgress it, in a way which offends or injures thousands of Her Majesty’s subjects, then any one of those offended or injured can draw it to the attention of the courts of law and seek to have the law enforced.” ²

“It would, in my view, be a grave lacuna in our system of public law if a pressure group, like the Federation, or even a single public-spirited taxpayer, were prevented by outdated technical rules of locus standi from bringing the matter to the attention of the court to vindicate the rule of law and get the unlawful conduct stopped.” ³

Such a wide interpretation of standing does however raise a concern that is well described by Lord Sumption:

“Just about anyone can apply for judicial review if he has either a personal or an institutional concern with the outcome. This approach necessarily exposes the courts to a great deal of litigation which is essentially politics by other means. It opens the government to challenges in the courts by pressure groups often concerned with a single issue, which have no interest in the process of accommodation between opposing interests and values that is fundamental to the ability of nations to live in peace.” ⁴

The recent Independent Review of Administrative Law recommended keeping the legislation on standing as is, but expressed the test for the courts as follows:

“An organisation representing that section of society may disagree with the policy, but judicial review of the policy has the potential to become “politics by another means”. Disapproval of a policy does not entitle a body to cite their judgment of public interest as providing sufficient interest to give them standing to challenge the policy. This is not an easy distinction to draw but the courts should, in appropriate cases, be prepared to do so.” ⁵

“The question of standing for complete strangers to the procurement process with no commercial interest both under the Regulations and on public law grounds is a question ripe for review when it next arises.” ⁶

Around the same time the High Court did indeed consider this question. In Good Law Project [2022] two organisations, The Good Law Project Limited and the Runnymede Trust sought judicial review of government having appointed persons to “positions critical to the government’s response to the COVID-19 pandemic without open competition.” ⁷

“No individual, even with a sincere interest in public law issues, would be regarded as having standing in all cases. We do not consider that the position differs simply because there is a limited company which brings the claim. It also cannot be right as a matter of principle that an organisation could in effect confer standing upon itself by drafting its objects clause so widely that just about any conceivable public law error by any public authority falls within its remit… It cannot be supposed that the [Good Law Project] now has carte blanche to bring any claim for judicial review no matter what the issues and no matter what the circumstances.”

Similarly, the Independent Review of Administrative Law concluded that:

“Given the jurisdictional importance of standing to the courts’ ability to consider a claim for judicial appeal, we would also encourage the courts to address expressly the issue of standing in proceedings that are brought before them, regardless of whether that issue is raised by the parties… We do, however, hope that the courts will be astute to distinguish between “public spirited” groups that enable challenges to the legality of an act or decision to take place and those applications which seek to involve the courts in a general policy review of decisions that an elected government is entitled to make.” ⁸

The decision in Good Law Project [2022] and the above conclusion of the IRAL are clearly correct and should stand as the model to be upheld by the courts going forward. 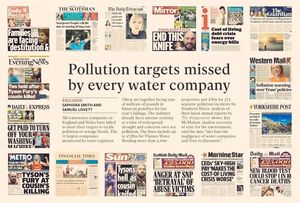