Question marks hang over the future of the union. The Brexit policy the UK Government has implemented has instigated a diminution in public support for a union that it wishes to preserve.

King Charles’s decision to visit all four corners of the UK in the first week of his reign has highlighted the fact that question marks hang over the future of the union.

The argument about the Northern Ireland Protocol reflects, in part, concern within both the UK government and the unionist community that the introduction of checks on goods between Great Britain and Northern Ireland (and the absence of any such checks between the North and the Republic) will weaken the links between them.

Meanwhile, with polls in Scotland suggesting almost 50% support for leaving the UK, the Scottish government is pushing for a second referendum on independence.

Northern Ireland and Scotland were, of course, the two parts of the UK where a majority voted to stay in the EU. And a chapter in the latest British Social Attitudes report published by the National Centre for Social Research (NatCen) shows how, since the 2016 ballot, attitudes towards Brexit have come increasingly to colour attitudes towards the union across the UK.

When the Brexit referendum was held in 2016, how people in Scotland voted bore no relationship to their attitude towards Scotland’s constitutional status. According to the Scottish Social Attitudes (SSA) survey of that year, when presented with the choice between independence, devolution or no Scottish parliament at all, 44% of those who voted Remain were in favour of independence, as were 45% of those who voted Leave.

Despite the fact that the SNP’s vision of independence is one of “independence in Europe”, voters themselves did not necessarily see the link between the two debates.

Now, however, the two issues are intertwined. In the most recent SSA, nearly two-thirds of Remain supporters say that they support independence. Just 22% of Leave supporters take the same view.

Given the predominance of Remain supporters north of the border, this divergence of views helps explain why, at 52%, the overall level of support for independence in the latest SSA survey is six points up on what it was in 2016 – a trend that mirrors the opinion polls.

At 82% in the latest survey, the level of support for the union among those who identify as a Leaver has held steady. However, among Remainers the position is very different. Just 37% now say that Northern Ireland should be part of the UK, while slightly over half (52%) feel that Northern Ireland should either unify with the Republic (44%) or become an independent state (8%).

It is this movement among Remainers that helps explain why, across Northern Ireland as a whole, support for being part of the union has slipped from two-thirds (66%) in 2016 to just under half (49%) now. Meanwhile, support for unification has increased over the same period by eleven points, from 19% to 30%.

Brexit has also become a line of division when English people are asked about Scotland. According to the British Social Attitudes survey, support for Scottish independence among Remain supporters in England stands now at 35%, whereas only 19% of those who back Leave take the same view.

In contrast, in 2017 it was Leave supporters (27%) rather than their Remain counterparts (21%) who were more inclined to say Scotland should become independent. However, because Remain and Leave supporters have moved in opposite directions, at 25% the overall level of support for Scottish independence in England is only slightly up on the 22% who expressed that view in 2017.

Remain and Leave supporters across Britain as a whole also have rather different views on the status of Northern Ireland. Among those who back Leave as many as 62% think that Northern Ireland should remain part of the UK, while just 32% believe it should reunify with the Republic of Ireland.

In contrast, among Remain supporters the balance of opinion is tilted somewhat in the opposite direction, with 48% backing reunification and only 41% saying that Northern Ireland should remain part of the UK.

The current UK government faces a dilemma over the future of the union. The Brexit policy it has implemented has instigated a diminution in public support for a union that it wishes to preserve.

Those who would like to become part of a different union (the EU) have become more inclined to question the merits of the union represented by the UK. If it is to strengthen public support for the Union in the future, it looks as though the UK government will have to persuade Remainers that exiting the EU has indeed been worthwhile. 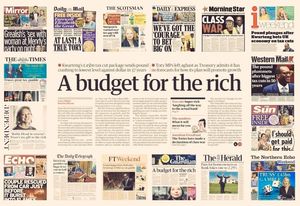