It’s not for the taxpayers to pick up the tab for getting the former Prime Minister off the hook. Here’s what Good Law Project are doing about the fact we all have, they think unlawfully, paid for Boris Johnson’s legal advice. And here’s why they think that legal advice is wrong.

The Partygate scandal laid bare the Government’s disregard for its own social distancing rules, with reports of a string of parties being held in Number 10 Downing Street throughout the pandemic.

Then-prime minister Boris Johnson was thought to have attended at least five of these, and was slapped with a fixed penalty notice by the Metropolitan Police for attending a birthday party – his own – in June 2020.

The fine led MPs to vote for an investigation by the Commons Privileges Committee into whether or not Johnson was in contempt of Parliament with his repeated denials in the House of Commons.

Johnson and the Cabinet Office hired eminent lawyer Lord Pannick KC to examine the Committee’s approach and on 2 September, days before the prime minister’s departure from Number 10, he released his Legal Opinion.

Lord Pannick’s advice was sympathetic to Johnson. It concluded the inquiry needed to establish whether Johnson deliberately misled Parliament. He warned the threat of contempt proceedings for “unintentional mistakes” would have a “serious chilling effect” on politicians.

The Opinion also criticised the Committee for withholding the identities of witnesses, arguing Johnson’s Counsel should be able to cross-examine any witnesses whose evidence was being used to establish contempt.

Lord Pannick’s advice made – and may have been commissioned with the intention of making – more difficult the work of the Privileges Committee. And has been subject to widespread legal criticism.

The advice concludes it is a matter for the Committee and, ultimately, the House of Commons to decide what constitutes contempt – regardless whether or not it was Johnson’s intentions. And that it was not unfair procedure to allow evidence from anonymous witnesses. It would only have been the case if doing so left Johnson unable to properly respond to the case against him but the Committee appeared to disclose all details to Johnson.

The other striking feature of the Pannick Opinion is who paid for it – we all did.

On the same day it was released, a contract notice, with a value of between £112,700 and £129,700, was published for the legal services of Peter & Peters, who had instructed Lord Pannick to produce the Opinion. Reports – not denied by Johnson or the Cabinet Office – also suggest the whole value of the contract was spent obtaining the Opinion, a staggering amount of money. Neither Johnson nor the Cabinet Office has denied this, as far as we’re aware.

Good Law Project believes the decision to obtain Lord Pannick’s Legal Opinion using public money was unlawful. We don’t think the Government should use public money to rescue its former prime minister from an investigation ordered by the House. The Commons Privileges Committee inquiry is about Johnson’s alleged misconduct as an MP. He should pay for it himself.

You can read our letter to the Cabinet Office sent today in full here. 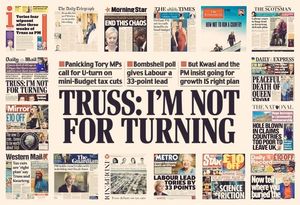