Liz Truss is out of date. She is half a century late. The UK economy and the world faced different, less complex crosswinds then.

After the prime minister’s October 5 speech to her Conservative Party conference in Birmingham, Jay Elwes commented in The New European: “When Liz Truss speaks, it is with all the warmth of the talking clock.”

Her delivery, he went on to note, “has a Terminator-like, halting awkwardness, a leaden, tone-deaf quality that brings to mind someone beating a carpet.”

She wants to “grow the pie”, she says. (It prompted chef and food writer Jay Rayner to ask how one might “grow” a pie.)

Along with that half-baked display of culinary knowledge, Ms Truss insisted on several repeat-the-word-three-times moments in order to sound like her heroine and role model, Margaret Thatcher.

That is another problem. Ms Truss is out of date. Thatcher’s time was half a century ago. The economy of Britain and the world faced different, possibly less complex crosswinds. The conversation today is not about consuming more but preserving more. The UN’s 2030 agenda for sustainable development is not about growth per se, but about sustainability and resilience.

It’s fine to be delighted, as Ms Truss professed herself to be, by “the cranes on the skyline, building new buildings” but because it’s 2022, we would ask about the sustainability of the materials used, as well as the energy provisions.

Today, we don’t think of environmental activists, such as those who heckled Ms Truss in Birmingham during her speech, as part of the “anti-growth coalition”. Those are Ms Truss’s dismissive words for people who want to protect the planet — our children, our sisters, our friends.

What to do if your supplier takes you to court 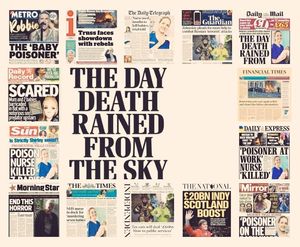