What happened in the night of Westminster chaos that triggered the PM’s resignation?

When government whips turned a vote on fracking into a vote of confidence in the government, confusion ensued. Eventually, Liz Truss had no choice but to resign.

Many factors combined to cause Liz Truss’s demise but it was a night of chaos in the British parliament that triggered her resignation.

Events in the House of Commons on October 19 made it clear that the prime minister had lost control. Conservative MPs were called into a vote that was ostensibly about fracking but may or may not have been a vote of confidence in Liz Truss’s government. Accusations were made that Conservative whips behaved inappropriately in order to get their MPs to vote with the government.

How did such confusion come about and is this a standard part of whipping operations in parliament? Key questions answered below.

Is it normal for whips to shout at MPs when arranging a vote?

It is not normal for whips to shout at MPs. If a rebellion is in the offing, whips will contact their allocated MPs to find out which way they intend to vote. Any MPs stating that they are unsure or will not be following the whip will be passed on to the chief whip or deputy chief whip (or even a cabinet minister) in order to have a more in-depth conversation where carrots and sticks will be used to try to win them around.

It is important to remember that whipping is a two-way relationship. There needs to be mutual respect running in both directions or the system will break down. The fracking vote was clearly a moment of high pressure for the whips, given that the prime minister’s position is precarious at best. The fact that whips were having to resort to shouting (and there were allegations of manhandling and bullying too) suggests that the whips were losing control or had lost control.

Is it normal for whips to physically force MPs into the chamber?

No. Even resorting to shouting at your MPs is a sign of weakness rather than strength. If it is the case that Conservative MPs were physically manhandled by whips, as Labour MP Chris Bryant has claimed, that is certainly not normal.

There aren’t many examples of this ever happening (although allegations have been made in the past). We have, however, seen the whips beginning to get more assertive over the course of the past year. Back in January, allegations were made that whips were blackmailing MPs during former prime minister Boris Johnson’s more perilous moments.

It should be pointed out, however, that the allegations made by Bryant were refuted by Conservative MP Alexander Stafford, who said that he had a “frank and robust conversation outside the voting lobbies confirming my opposition to fracking, with members of the government, nothing more”. Despite this, the speaker of the House of Commons announced that he will be launching an investigation into the behaviour of the whips.

Why the confusion around whether MPs were voting on fracking or in a vote of confidence?

While there was certainly a three-line whip (meaning the government expected all of their MPs to toe the party line, with no expectations) on this vote, there is less clarity over whether the government was treating the motion as an issue of confidence in the government.

For context, the vote was on Labour’s motion on fracking. If passed, this would have given the opposition control of parliamentary business to bring forward a bill banning fracking in the UK. This is why the government, at least initially, decided to treat the motion as a matter of confidence.

House of Commons rules (standing orders) give government business precedence most of the time, which effectively means the government has complete control of the agenda. Although Labour’s motion would have only temporarily suspended this rule on a named day, the government saw it as a test of its authority. Similar style motions were used during the Brexit negotiations to force the then-minority government to extend the Article 50 negotiation deadline.

The confusion appears to stem from a message reportedly sent out from the government’s deputy chief whip to Tory MPs in the hours before the vote.

This stated that the vote was being treated as a vote of confidence in the government because to lose would be to allow Labour to take control of the agenda. The memo referred to the vote as having a “100% hard 3-line whip!”

However, at the end of the debate on Labour’s fracking motion, the climate change minister announced that the motion wasn’t a confidence vote.

This is what triggered the chaos in the division lobbies as MPS lined up to vote. There were reports that the chief whip and deputy chief whip had not been told of the change in plan.

The saga continued into the early hours of the morning with journalists reporting receiving a message from Downing Street at 1.30am stating that the vote had always been considered a confidence vote and the minister closing last night’s debate has been mistaken to suggest otherwise.

What will happen to those MPs who didn’t vote with the government?

Downing Street claims that the MPs who failed to vote against the government last night will receive “proportionate disciplinary action” – whatever that means. Given the confusion and the anger already among MPs, it would be highly surprising to see any MPs having the whip removed for their actions in this vote.

What we can be sure of, however, is that Tory MPs are deeply unhappy at the moment. The whipping operation was jittery at best before this chaos and it will have been damaged further by the flip-flopping on display – not to mention the allegations that have been made of manhandling and bullying.

Governing Conservative MPs under these conditions – regardless of who is prime minister – is going to be tricky. 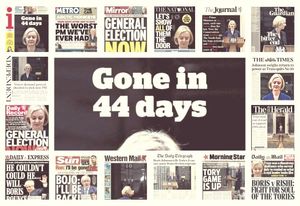