Liz Truss now has the unwanted honour of being the shortest-serving post-war prime minister.

Prime Minister Liz Truss didn’t make it past 44 days in office before she was forced to announce her resignation, standing behind the lectern at Number 10. A lectern which, while waiting for Truss to give her first speech to the media just a few weeks prior, was for a time adorned with a black refuse bag.

Ironic then, how astonishingly quickly her tenure as PM has ended up in the bin.

Even with the one-week transition period, Liz Truss now has the unwanted honour of being the shortest-serving post-war prime minister, going down as one of, if not the least successful and popular leaders of the country. Even extending the ranking to cover all PMs, Truss would still be at the top by a considerable margin. 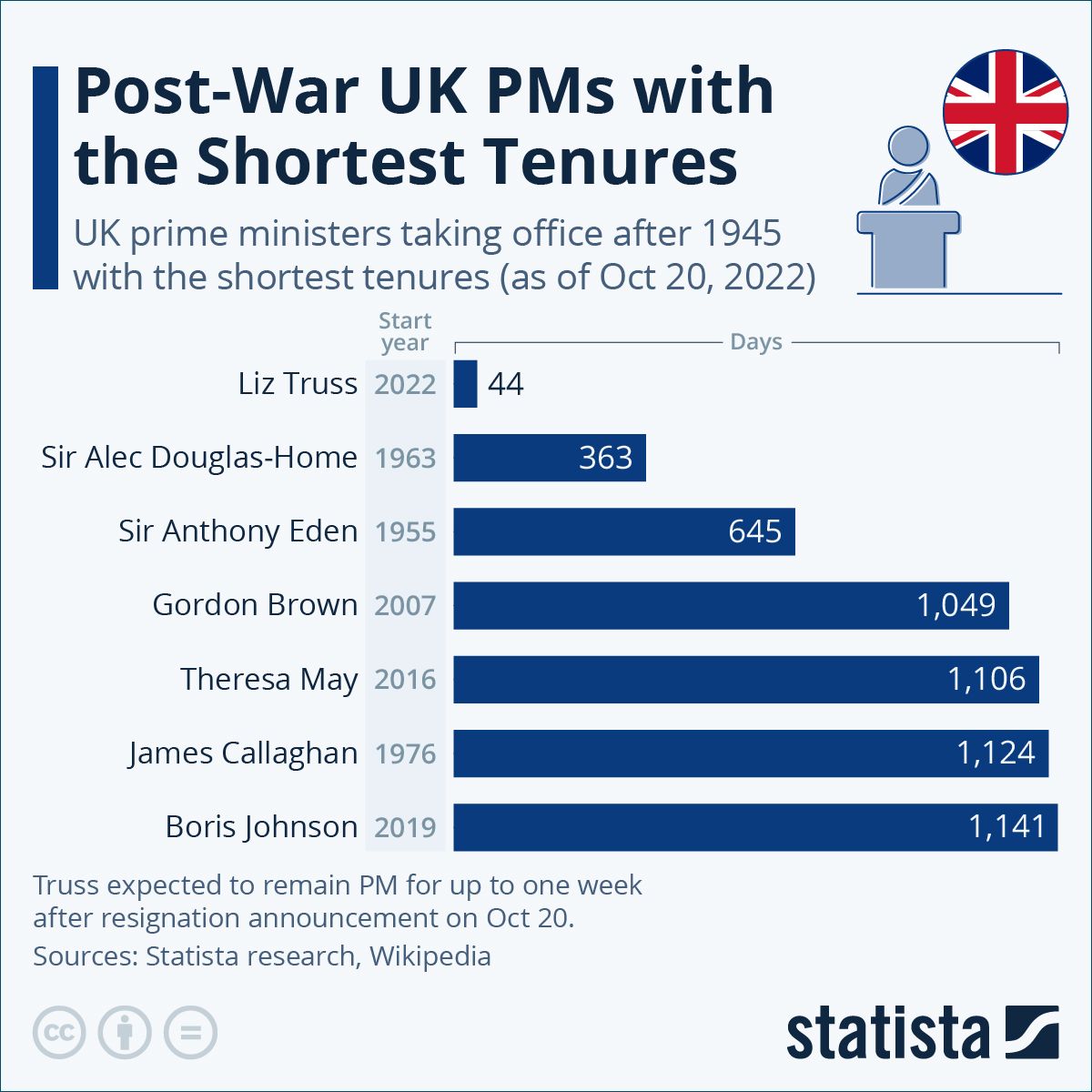 Before the departure of Truss, Boris Johnson had also joined the top end of the list. While the embattled PM was able to hold on to surpass the days in office of Theresa May – the leader he himself helped to oust – it ultimately didn’t take much longer until he was forced to leave Downing Street.

Liz Truss’s government spewed hate about everyone, including tofu-eating people like me