After years of testing the limits of British democracy, the government finally got a taste of its own medicine when Labour used a parliamentary mechanism to lay Tory divisions bare.

In a night emblematic of Liz Truss’s chaotic premiership, confusion reigned in parliament as an opposition day motion on the contentious issue of fracking became a confidence vote in her leadership. Labour MPs reported seeing Conservatives being manhandled and “bullied” into the chamber by government whips – who reportedly attempted to resign in the aftermath. The episode highlights the anti-democratic tendencies evident in the Truss government, but also the possible consequences of such an approach within the British system.

The protracted Conservative party leadership contest, which occupied eight weeks of the summer and saw Truss and Rishi Sunak competing for the affections of around 170,000 party members, seemed somewhat detached from reality. The fact that such a small, potentially unrepresentative, cohort of people were able to determine the next prime minister caused many, not least pariah Russian president Vladimir Putin, to denounce the selection process as undemocratic. 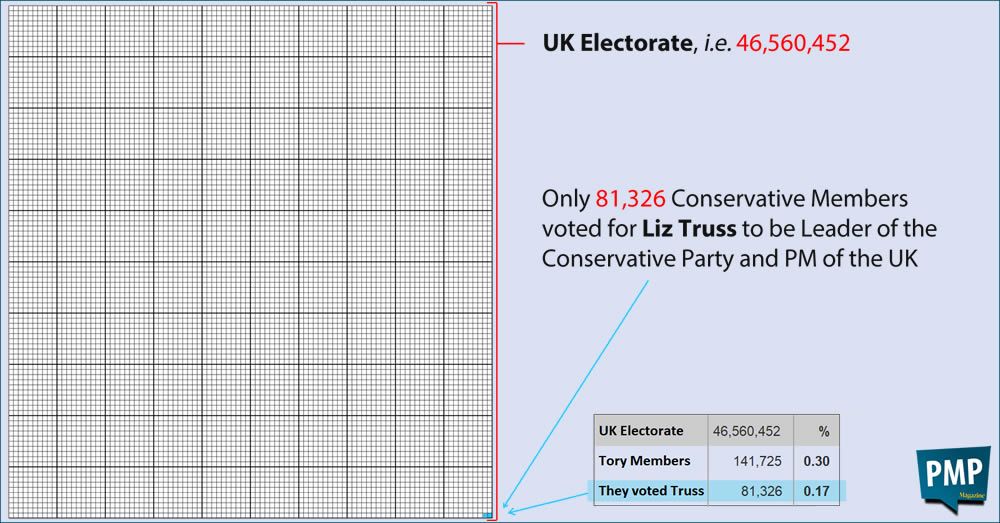 The role of party members in leadership contests is a growing source of contention in UK politics. This debate has peaked in the wake of Truss’s leadership bid as she was not the lead candidate at any stage of the first round of voting – in which MPs were making their choice for leader. Truss won a mandate for the premiership from Tory members in the second round of the contest by pledging policies with limited support within the parliamentary party.

In theory, all lines of accountability within the British system should run through parliament. The absence of either a public or a parliamentary mandate in Truss’s case make questions of her legitimacy all the more pressing.

Under these circumstances, the suggestion of die-hard Boris Johnson fans such as Nadine Dorries – and it seems the regretful Conservative party membership – that the ousted PM could return to Downing Street seems less absurd.

The mini-budget and public scrutiny

Nor is it difficult to see how the detachment of the leadership contest from parliament and the public led to the flaws in the design and delivery of the mini-budget by the now-former chancellor, Kwasi Kwarteng. Despite announcing the most extensive programme of tax cuts for 50 years, the government used its control over parliamentary business to brand it a “fiscal event”. This, they hoped, would enable Kwarteng to avoid the scrutiny which would apply to a normal budget.

This process not only ran roughshod over established constitutional convention and procedure but also played a significant role in the negative market reaction. The imbalance between the extensive programme of tax cuts and the measures to mitigate the impact on the public finances, along with the lack of independent analysis from the OBR, contributed to the significant dent in the economic credibility of the UK, compounding the sell-off in both sterling and government debt markets.

The aversion to scrutiny and adherence to the conventions of cabinet and parliamentary government to which this episode testified does not come out of the blue. As constitutional scholar Meg Russell and others have noted, Truss is merely following on the heels of the Johnson administration and a broader post-2016 trajectory in UK politics.

Johnson sought to centralise power within the structures of central government, particularly in terms of exerting control over the network of special advisers across government departments. Moreover, in the run-up to and after the Brexit vote, the executive launched a succession of attacks on parliament, devolved and local government and other independent institutions. Johnson’s predecessor Theresa May famously derided parliament as an obstruction to the outcome of the EU referendum.

In this sense, the stage had been set for Truss and Kwarteng to circumvent the OBR and proper cabinet and independent scrutiny. By the time of the mini-budget, side-stepping parliamentary committees and other public bodies had become par for the course.

A lesson in the limits of government overreach

The fact that Truss was able to continue along this trajectory, largely unchecked up until the devastating market reaction to the mini-budget, demonstrates the weaknesses of the checks and balances of the UK constitution. That a prime minister who has wreaked so much havoc and caused so much financial misery for the public remains in post speaks to the limitations of UK democracy.

However, the events in parliament in the run-up to the fracking vote perhaps also provide a lesson in the limits of anti-democratic practices.

Initially, the government’s approach to fracking reform was markedly autocratic, with business secretary Jacob Rees-Mogg seeking to avoid scrutiny – both regarding the safety of fracking itself and in terms of his approach to legislative changes.

Mounting pressure on the government led Truss to agree to provide a consent mechanism so that communities can have their say on proposals for fracking in their local area. But it was within the context of intense internal conflict within the Conservative party around the issue, as well as such attempts to avoid consultation, that the Labour party used their opposition day debate to propose legislation on a fracking ban.

Though Labour lost the vote – and probably expected to do so – in using this mechanism they were able to corner the government’s MPs. In making the vote an issue of confidence, the government trapped its own MPs between their constituency interests, the party line and their personal views. In forcing a vote on fracking, therefore, Labour brought Conservative division into the open for the voting public to see.

The ultimate consequences of this are still playing out. But the scenes of chaos do at least show that there are ways, if few and far between, for parliament to act against the anti-democratic manoeuvres of the executive. 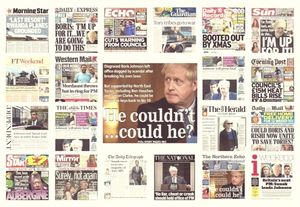