Rishi Sunak is the UK’s fifth Prime Minister since the Brexit vote of 2016, and the third of 2022, following Liz Truss’s exceptionally short time in Downing Street. But is he only the best of a bad bunch?

With all other contenders withdrawing from the race and having amassed the requisite 100 nominations from MPs (and then some), Rishi Sunak has been confirmed as the new Conservative Party leader and de-facto prime minister of the United Kingdom.

The Conservative Party is largely rallying around the new PM at this early stage of his tenure. The fact though that Sunak already came second in a leadership contest with the spectacularly unsuccessful Liz Truss just a few weeks ago – combined with the lack of any serious competition for the role this time around – leaves the prime minister open to being branded the “best of a bad bunch”.

As a survey conducted at the end of last week shows, the share of British adults thinking Sunak would do a good or a bad job as PM was quite evenly split: 43% good, 40% bad. This unconvincing result looks far more positive when compared to the two that briefly emerged as his main rivals over the weekend, however. Boris Johnson, forced out of office in the summer, found just 34% of respondents with a positive view of a potential second stint in Number 10, while 56% thought this would have been a bad idea. Penny Mordaunt, who conceded on Monday to hand Sunak the leadership without the need for a Tory membership vote, attracted a large share of “Not sure” responses, but ultimately a larger share of those with a solid opinion on her prospects said she would do a bad job as prime minister.

— Let us know what you think about these results — 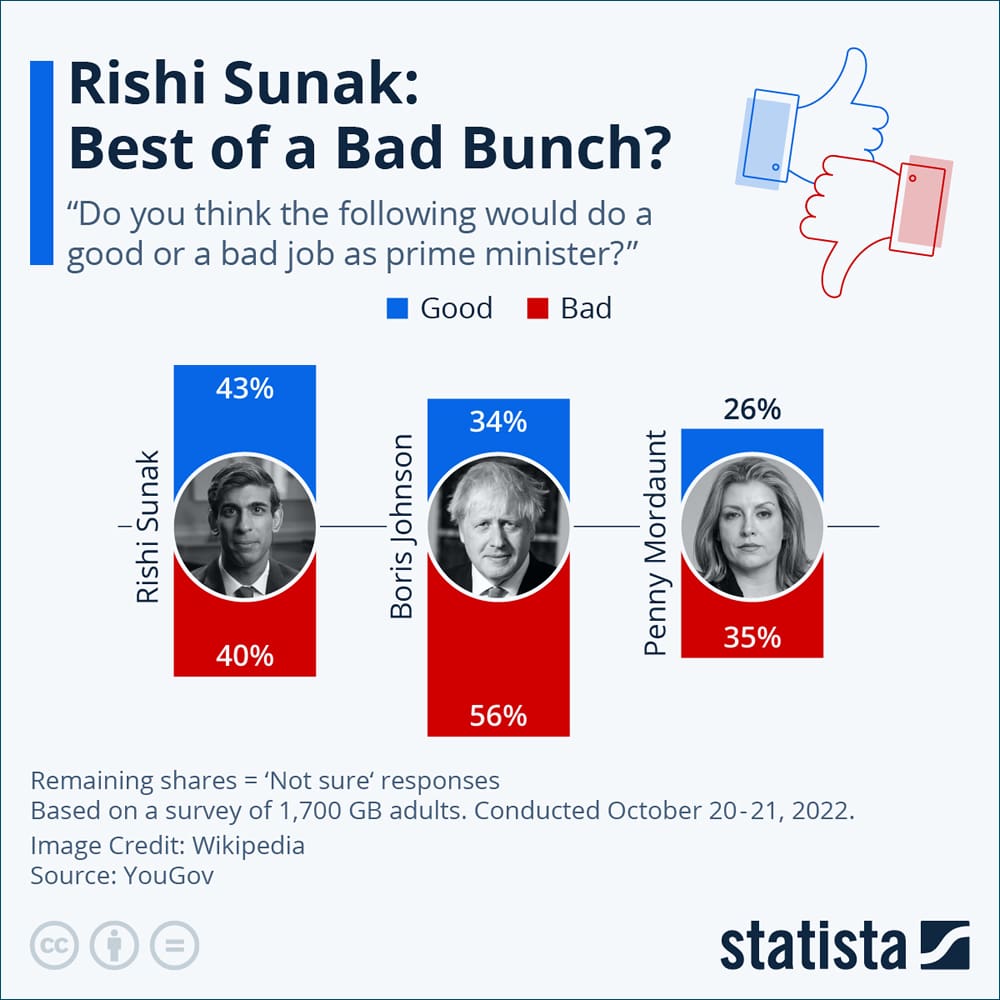 Mixed expectations aside, the appointment of Rishi Sunak is a historic one. The first British Asian prime minister, at the age of 42, he is also the youngest leader of the country in over 200 years.

Will PM Sunak be the right person to fight Keir Starmer in a general election though? 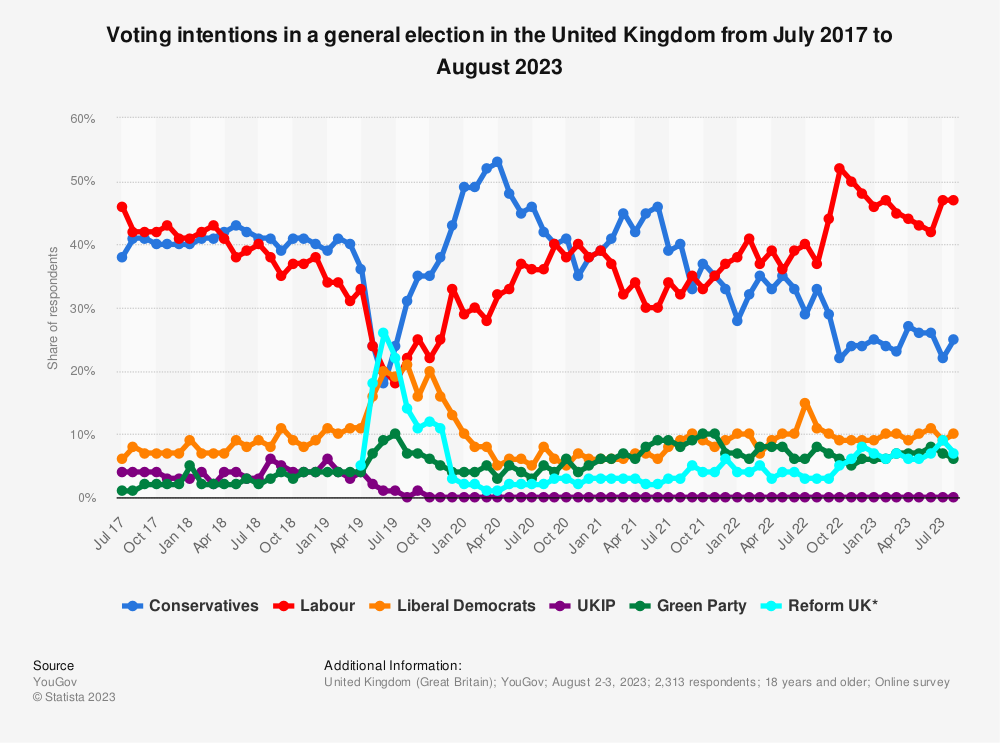 In the latest YouGov polls, approximately 52% of British adults said they intended to vote for the Labour party in a potential general election, compared with 22% for the Conservative party.

Just prior to the resignation of Boris Johnson as Prime Minister on July 7, 2022, 29% of British adults advised they would vote Conservative, with 40% voting for the Labour party. This is clearly a far weaker position for the Conservative party than the huge 24-point lead the party held over the Labour party in March 2020, just before the first wave of the Coronavirus pandemic.

Do not ignore COVID, experts say