Is it legitimate for the Conservatives to continue in government without an election?

Rishi Sunak is the fifth prime minister since 2016 and the third since the last general election. The UK does not have a written constitution so it’s difficult to say definitively when a government does or doesn’t have legitimacy, an expert explains.

💬
“It is only right to explain why I’m standing here as your new prime minister.”

These were some of the first words spoken by Rishi Sunak as he made a speech outside Downing Street shortly after coming to office.

Sunak is the fifth prime minister since 2016 and the third since the last election. So his assessment that his presence needs an explanation is correct. Recent polling shows many people feel he should call an early election. 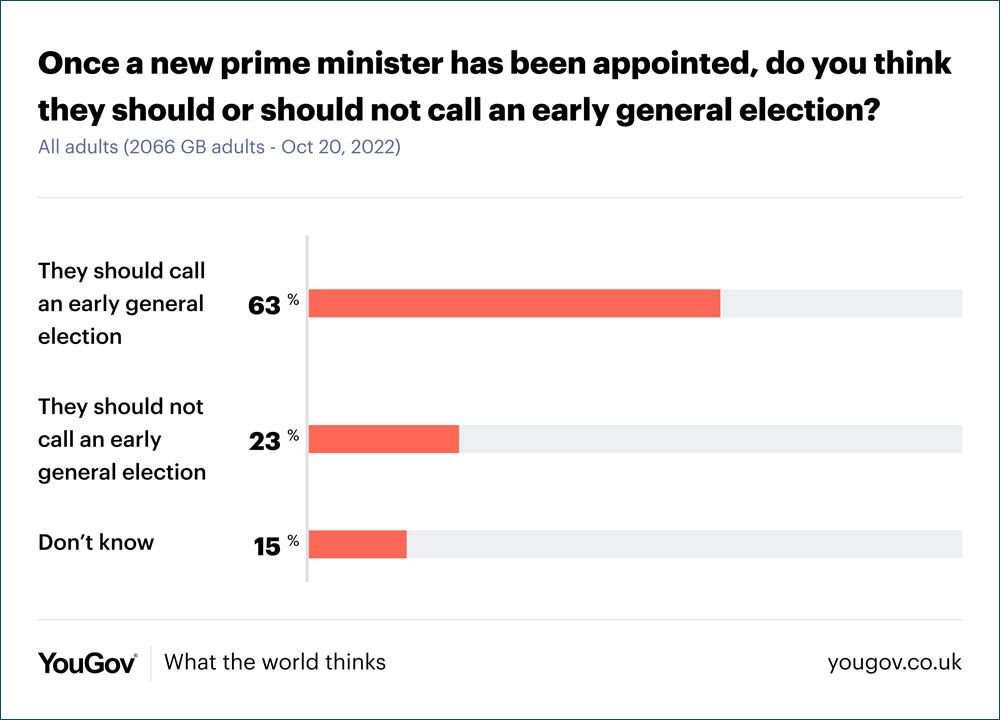 The last election was held in 2019 and although Boris Johnson secured a large parliamentary majority back then, he resigned in disgrace in the summer of 2022. Even before his departure, the Conservative majority had been eroded by multiple by-election losses and the Tories were plummeting in the polls. Their popularity hit rock bottom during Truss’s tenure.

Yet the party now presumes to be in the position to appoint another prime minister without seeking the views of the voting public.

In truth, they are legally permitted to govern for a further two years without calling a public vote. Sunak indicated in his speech that he sees the Conservatives’ 2019 manifesto as his mandate and explicitly stated that the electoral mandate secured that year under Johnson “is not the sole property of one individual”.

Nevertheless, the Conservative Party presided over economic chaos during Liz Truss’s short tenure. They may have the legal right to govern without an election – but does that mean they should?

What is a ‘legitimate’ government?

The UK does not have a written constitution so it’s difficult to say definitively when a government does or doesn’t have legitimacy.

Rather than being codified, the British constitution rests on the Westminster model of government, whereby the party that commands a majority in the House of Commons forms the government. The prime minister is not directly elected by the people. The job simply goes to whoever is the leader of the party of government. That’s why neither Truss nor Sunak had to hold a public vote to secure the top job and why Sunak referred to the 2019 mandate in his speech.

In legal terms, the constitution rests on political principles, which the law protects. These include democratic accountability and scrutiny, freedom of the press and freedom of information. There are also seven specific moral principles of government (known as the Nolan principles) which include things like honesty, integrity and selflessness.

Political thinkers, however, have long proposed that a government is only legitimate when it has the popular and implicit consent of the governed. In other words, a government can only exist when citizens freely allow it to, and have given their popular consent (via a vote) in favour of it.

American political scientist Seymour Martin Lipset said legitimacy “involves the capacity of a political system to … maintain the belief that existing political institutions are the most appropriate and proper ones for the society.”

Legitimacy also has a moral meaning. It is linked to the belief that a government’s actions should be appropriate and legally constituted.

So, even though Sunak can claim to have a legal right to be prime minister, can he claim to have political (democratic) and moral legitimacy to continue?

In respect of Lipset’s test, time will tell. Sunak’s ability to unite his party and end the political and economic uncertainty the UK has experienced over the past month will be the deciding factor on whether he is the appropriate person to govern.

In relation to the Nolan principles of integrity, openness and honesty, it is also important to note that Sunak does not represent an entirely fresh start from the Johnson administration. He served under Johnson and was fined for breaking lockdown rules alongside him.

Nor should it be forgotten that Sunak lost to Truss in a vote among party members just a few months ago. Even though he stood unopposed this time, he in fact only had just over half the total number of Tory MPs publicly backing his nomination. He will therefore need to stabilise his party in these conditions to achieve moral legitimacy to continue to serve as prime minister. These are, after all, the mechanisms via which a leader comes to power within the Westminster system.

If Sunak cannot give evidence of his legitimacy to govern early on in his tenure, it will add to calls for a general election before 2025.

But will he call an election?

The constitution does allow Sunak to call an early election since, under Johnson, parliament reinstated the previous constitutional position in respect of general elections. He can use prerogative powers to advise the monarch to dissolve parliament in order to call an election.

But current polling would make it unlikely for the new PM to want to do this. Nor are his MPs likely to vote to hold one.

That said, given how much has changed since 2019 and the unprecedented political events of the last couple of months, calling an early election could be the most effective way to restore a sense of political and moral legitimacy at the heart of the system. It’s a huge gamble for the Conservatives but it would at least produce a new (or renewed) mandate for Sunak.

This Halloween... trick or debt?