Majority of Britons say Zahawi must resign as Conservative chairman

A majority of the British public is unimpressed with Zahawi’s conduct over his tax issues and believes that he should step down from his role as Conservative party chairman.

A recent YouGov poll has revealed that the majority of the British public believes that former Chancellor Nadhim Zahawi should resign from his role as Conservative party chairman. 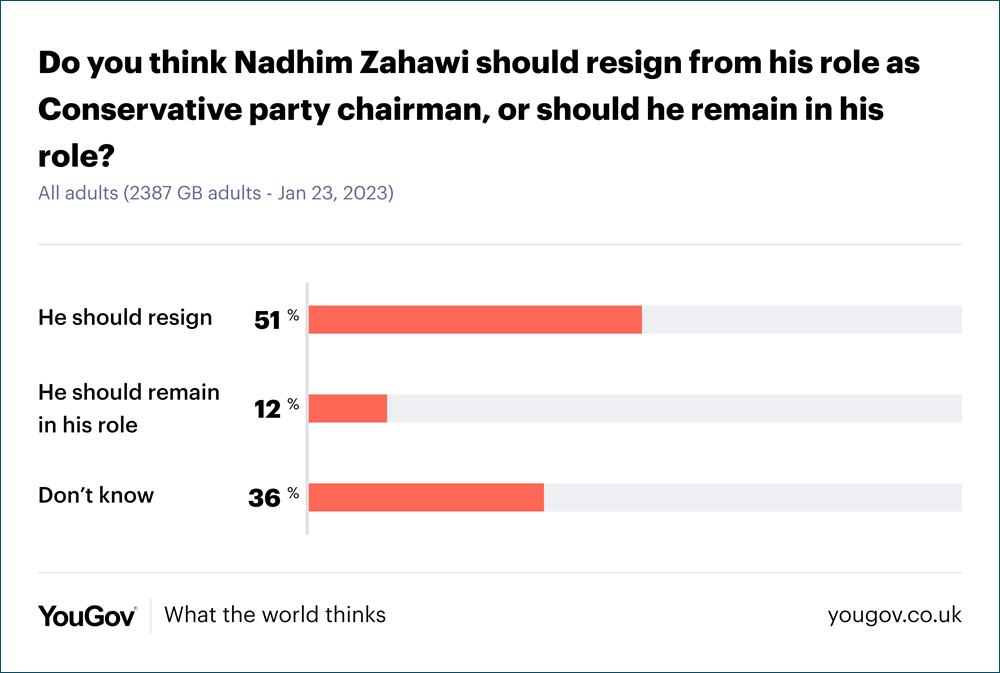 The result of this poll is unsurprising, given the recent controversy surrounding Zahawi’s tax issues. This has led to widespread criticism of his actions and calls for his resignation.

Nadhim Zahawi was reportedly put forward for the recent New Year’s Honours list, however, his application was rejected due to concerns surrounding his tax affairs.

Majority of Britons think UK should maintain support for Ukraine

Boris Johnson polling is now so bad that it makes sense for Conservative MPs to get rid of him.

Is the party over for Boris Johnson? This polling detail suggests it could well be.

Where stands support for Brexit now?