Last week, Jacinda Ardern’s resignation marked the end of an era for New Zealand. The popular prime minister cited a lack of energy to fulfil her role as the cause of her decision, leaving her constituents in shock and disbelief.

Female country leaders have been seen on all continents. However, Europe is, by far, “the region with the highest concentration of female-led and repeatedly female-led nations,” Katharina Buchholz, data journalist at Statista, explains. “All the countries which have had three or more female leaders (with the exceptions of New Zealand and India) are located there.” 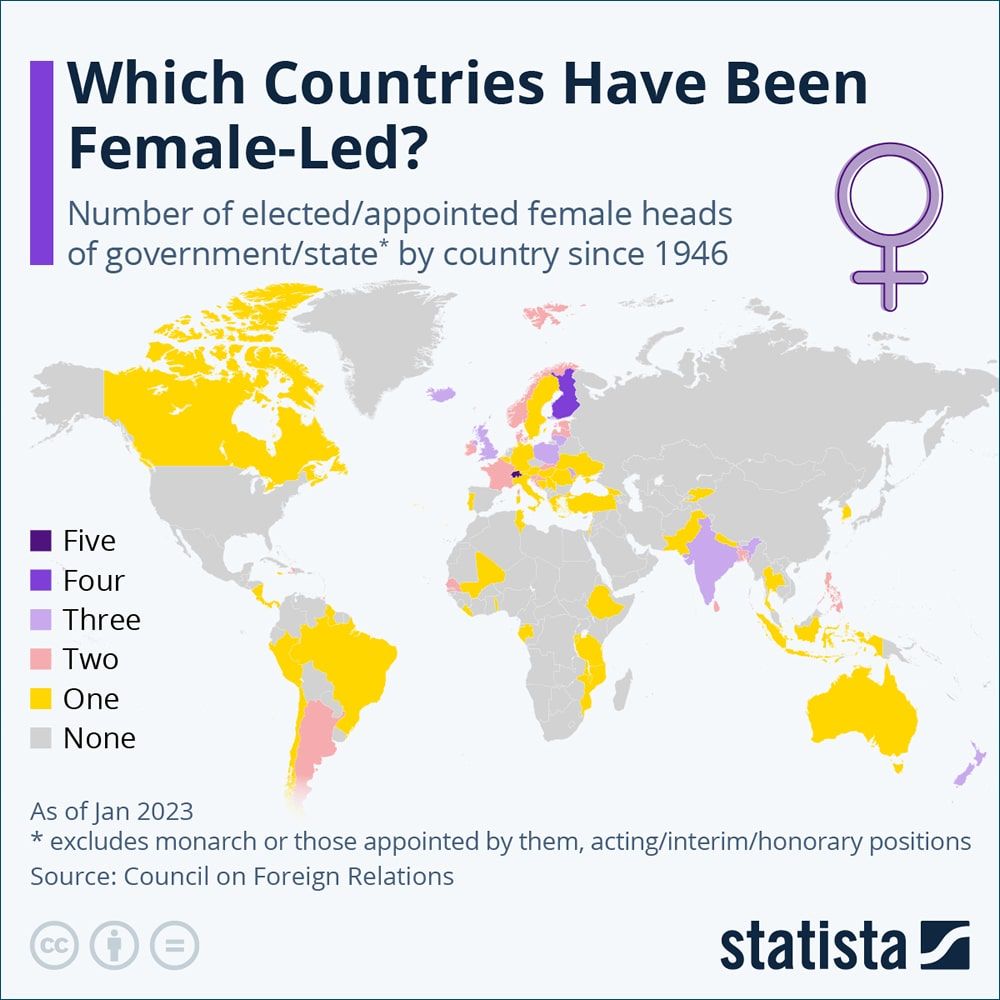 Switzerland holds the record with five former female presidents of the Swiss Confederation, due to the limited one-year terms of their presidents. Then comes Finland with four female prime ministers or presidents, including current PM Sanna Marin, and Iceland with three female leaders – Vigdís Finnbogadóttir was the first female elected president in the world (she remained in office between 1980-1996).

It is disheartening to note that not many countries in the world have been female-led. Despite the progress made in recent years, the number of nations that have had female leadership remains disappointingly low. This is indicative of the fact that gender equality is still a distant dream in many parts of the world.

Majority of Britons say Zahawi must resign as Conservative chairman

More articles in Women in Politics

Is Jacinda Ardern’s short sharp goodbye a template or a telling sign of the times?