PMP Magazine is a weekly politics and current affairs magazine with one clear objective: Fighting the fake stories out there with real ones.

More and more readers follow our magazine every day because they like the content we offer and believe in our quality, independent and fair journalism. We want to keep this trend growing with a magazine based on trust (with our readers and with our authors).

What we have is the understanding of good, independent and ethical journalism that considers the news from a different angle you may feel you can relate to.

As we don’t have billionaire owners, nor shareholders who could add capitals in a snap of fingers, and because we want to remain financially independent – which is difficult and expensive – we have made the choice of relying on donations from our readers instead.

So, if you like our work and believe in our ethics, please show your support. Your contribution to the work of our magazine will be greatly appreciated and guarantee we can continue to bring you great quality and independent articles to fight the fake stories out there… with real ones.

Our online magazine was created on 30 September 2016, just a few weeks after the British referendum on the EU membership and a couple of months before the election of Donald Trump at the White House.

What’s in the name:

Our magazine’s name, PMP Magazine (for Politics Means Politics), comes from the days when the then-newly appointed British Prime Minister Theresa May kept repeating in the media “Brexit means Brexit”, after the 2016 EU Referendum.

We are a weekly politics and current affairs magazine with one clear objective: Fighting the fake stories out there with real ones.

“The price of apathy towards public affairs is to be ruled by evil men.” (a quote by Plato)

To inform and educate to make a social impact. After Brexit and Trump, it is now time to fight back and stand up for truth and facts, or our ability to make informed decisions will be forever compromised.

We have created PMP, a new platform for citizen response, because, unlike other media who focus on superficial news, irrelevant stories, fake news and alternative facts, we believe that some stories out there MUST be told.

Where our magazine stands politically:

We believe in social equality, equal opportunity, the promotion of individual abilities and talents, social responsibility, universal healthcare, workers rights, entrepreneurship, fair market competition, consumer rights, human rights, women’s rights, LGBTQ rights, equal pay, access to education and culture for all, the prohibition of child labour, the fight against racism and antisemitism, and in the fight against global warming.

We have a growing number of followers and, on average, tens of thousands of readers choose to read our articles every day. Since 2019, our magazine has reached over 207k readers. We also currently have over 9k registered readers to our weekly Newsletter. And we have just launched a new membership system which has already proved to be successful among our readers who wish to support our magazine on a more regular basis. Although our target audience is English speaking readers mainly located in the United States, Britain, Canada and Australia, we also have readers in many other countries in the world, simply because the issues raised in our magazine are global and affect people everywhere on the planet.

HOW IS THE MONEY BEING USED?

All our articles are made freely available to our readers on our online magazine.

Because it takes a lot of time to review, edit, get all articles and facts right, part of the money from our supporters goes towards cost-effective admin processes and apps that help us run the magazine’s website in the most proficient manner. Some of the money also goes towards our social media and website work in order to keep our magazine always current, engaging with our readers and without a paywall.

Because we love our writers we want to help them all to continue feeding our magazine with great quality content. Therefore, when possible some of the money will be used in the future to fund some of our writers as well for the articles they produce. 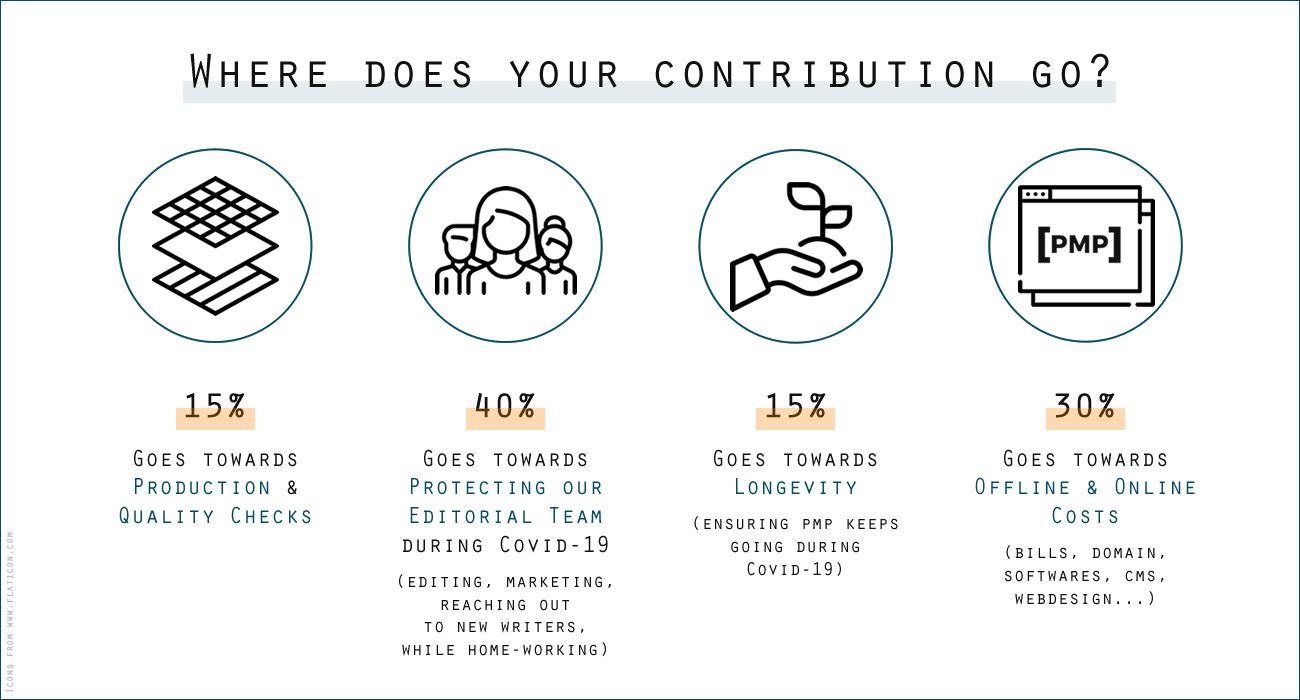 ▪ We open our columns to anyone who wants to tell their story, share their experience, explain their views, describe their pain, show their enthusiasm, demonstrate their joy, talk about their life.

▪ We open our columns to all writers with progressive opinions, whether they are Left-wing or Right-wing, as long as they support democracy, human rights, diversity and selflessness.

▪ We fight fake news published by right-wing outlets and tabloids and social media bots by publishing real, honest and positive news and opinions.

▪ We fight politicians’ alternative facts that threaten the democratic debate by fact-checking their speeches and comments to maintain transparency, honesty and democracy in politics.

▪ We go to the source of the reflections that influence politics and geopolitics in the changing world of today.

▪ We feed our readers with the most trustworthy, accurate and fact-checked information.

The future of independent journalism is at stake.